Netflix released the first trailer for “He’s All That” on Wednesday, which stars TikTok star Addison Rae as a popular beauty influencer determined to turn her scruffy classmate into prom king. So yes, it’s a pretty identical plot to the 1999 teen rom-com “She’s All That” — but with a gender flip thrown in.

“He’s All That” follows teen social media influencer Padgett (Rae) as she endures a humiliating breakup that goes viral after she catches her pop star boyfriend cheating on her while she’s live-streaming him (yup, you read that right).

To fix her reputation, Padgett makes a bet that she can turn the school’s least popular student, Cameron Kweller (“Cobra Kai’s” Tanner Buchanan), into prom king material. But when she finds herself actually falling for him — amid horseback riding dates and, of course, an elaborate makeover — things get a bit messy. 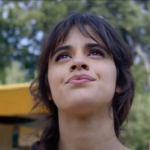 “He’s All That” also stars Myra Molloy, Madison Pettis, Peyton Meyer, Matthew Lillard, Annie Jacob and Isabella Crovetti. Rachael Leigh Cook, who played Laney Boggs opposite Freddie Prinze Jr. in “She’s All That,” also stars in the Netflix film as Padgett’s mom. And upping the star power even more is Rae’s real-life friend Kourtney Kardashian, who makes a cameo in the film.

“He’s All That” is directed by Mark Waters and written by R. Lee Fleming, who wrote the screenplay for “She’s All That.” Andrew Panay, Jennifer Gibgot and Bill Block serve as the film’s producers.

Netflix also released a look at the film’s latest poster. Check that out below, and watch the trailer here or above. “She’s All That” premieres Aug. 27 on Netflix. 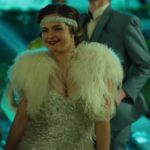