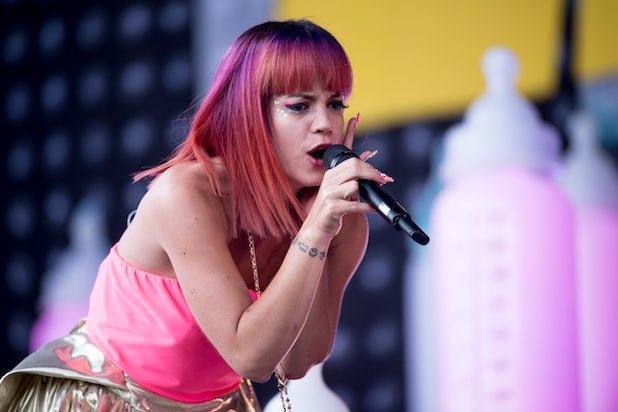 While performing at the Glastonbury Festival on Friday, the English singer dedicated her 2008 song — already dedicated to various jerks all around the world — to Blatter because he’s “annoyingly corrupt.”

“This next song is dedicated to possibly one of the most–well, actually not the most corrupt person — but annoyingly corrupt person there is in the world: Sepp f–king Blatter, you c–t.”

Blatter and other FIFA officials were investigated in 2013 by the soccer organization’s ethics committee over allegations that they received illegal payments from former marketing partner International Sports and Leisure, which went bankrupt in 2001.

She also didn’t seem to pleased about England’s performance at the World Cup in Brazil, where they were sent home in the first round.

“I was worried it was going to conflict with an England game in the World Cup… But that didn’t happen,” she said. “Not only because we are shit, but I reckon there’s probably a little bit of corruption going on.”

Watch Allen rip Blatter in the video below, beginning at the 7:06 mark.