The Hollywood Foreign Press Association has expelled member Husam “Sam” Asi, a Golden Globes voter and member since 2010, following an inquiry in response to TheWrap’s investigative reporting in which three women accused him of sexual misconduct, including kissing an assistant without consent.

The HFPA informed Wrap editor Sharon Waxman of Asi’s expulsion in a letter Tuesday, as she had lodged a complaint about an anti-Semitic tweet against her by Asi that followed the investigative article.

“Pursuant to the HFPA’s Reporting and Grievance Policy for Members, as approved by the members July 6, 2021, I write to inform you, as a reporting party, that at the Board’s August 22, 2022 meeting, at which a quorum was present, a majority of the present, non-recused Board members voted to expel Dr. Asi from the HFPA’s membership, effective August 27, 2022,” the letter reads.

Asi, a Palestinian journalist for the BBC Arabic service was accused by three women, including a former assistant who said he once kissed her on the lips without her consent. All three spoke on the record about their experiences with a man they say abused their trust by turning professional situations into sexualized encounters that ultimately drove one of the women to leave entertainment journalism altogether.

Asi and his attorney did not respond to requests for comment sent Tuesday. 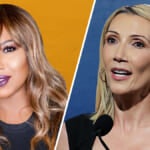 Wenting “Ting Ting” Xu and Tianyue Li, two of the accusers, said they had not been contacted by the HFPA but were gratified to learn of the expulsion.

“We had a lot of naysayers along the way,” said Xu, thanking TheWrap for investigating and her two peers for coming forward. “People who know us at other outlets rejected this story. I’m grateful you dug into the story and listened to what we had to say.”

She added: “Without Tian and Anna (Greentree) I wouldn’t have come to tell my story either. The more voices we hear, the more brave other women will be to tell their stories. That is how we go forward as a community, we can’t go back anymore.”

“I didn’t think it would make a splash. We are nobody,” said Li, who was Asi’s former assistant. “I didn’t think this thing would have a conclusion.”

Asi was responsible for running the HFPA website as recently as last year. When the accusations arose in February, he said: “We deny all these baseless accusations, and we have ample evidence to prove them false,” and called the women’s stories “defamatory attacks” as a pretense for sending them cease-and-desist letters.

Earlier this summer, TheWrap obtained a letter Asi sent to the full HFPA membership ahead of a hearing, saying “in a vindictively hostile and blatantly biased report against me, the HFPA’s investigators stretched the limits of logic and credibility to absurdity in order to implicate me.”

He further claimed that HFPA’s investigators debunked and failed to support evidence from past misconduct accusations. Instead, he says the board pivoted and expanded the investigation to include accusations of antisemitism, including a “misinterpretation” of one of his Arabic articles and for tweets he made against Wrap editor-in-chief Waxman.

In TheWrap’s story from February, Li, a former assistant of Asi’s, claimed that Asi played pornography in front of her and kissed her without her consent. Xu, an HFPA member who resigned last year in protest, claimed that Asi had repeated a rumor that she had performed oral sex on him to gain admission.

In addition, former journalist Hanna Greentree told TheWrap Asi gave her the impression he would only sponsor her to become a member of the HFPA if she had sex with him. Greentree, a native of Ukraine who worked as a journalist in L.A. under the name Anna Pavlova, said Asi invited her to his apartment in 2016 to discuss sponsoring her application and made her feel uncomfortable by focusing the conversation on girlfriends and dating.