In a letter Friday night, The Hollywood Foreign Press Association responded to Netflix’s decision to cut ties with the organization by requesting a meeting to discuss reforms Netflix said don’t go far enough to address problems of diversity and inclusion.

Netflix had previously said Friday it would stop working with the HFPA — the organization responsible for the Golden Globes — until it underwent significant changes including addressing racial inequity in the Association. The HFPA said it would “love” to sit down with Netflix to discuss the arrangement, in a letter sent by president Ali Sar to Netflix CEO Ted Sarandos.

We have always valued our relationship with Netflix as we seek to bring news about motion pictures and television to the world. We hear your concerns about the changes our association needs to make and want to assure you that we are working diligently on all of them.  We can assure you that our plan reflects input from our supporters and critics alike, and we truly believe that our plan will drive meaningful reform and inclusion within our Association and in a way that the entire industry can be proud of.  We are proud that our plan was overwhelmingly approved by more than 90 percent of the membership–there is no question the membership is embracing this opportunity.

We would love to meet with you and your team so we can review the very specific actions that are already in the works.  An open dialogue would help to ensure that we are addressing these concerns as quickly as possible.

Also, we wanted to take the opportunity below to address several issues that you raised and to clarify some misinformation.

Diversity and inclusion is at the core of our reform plan and is one of our foundational pillars. We have committed to bringing on a new DEI consultant immediately, as well as a Chief Diversity Officer, to ensure that these issues permanently remain at the heart of our organization.  We also are committing to a significant DEI training program for our members and staff.

In our plan, we committed to, at a minimum, 50% growth in 18 months, not 36 months, and to reevaluating the size of our membership after the first 18 months as we grow our staff and can accommodate more members. We have also committed to expanding our professional staff.

Our plan includes the establishment of an independent review board to help guide the implementation of our reform plan.

Per our plan, our current members will have to comply with any and all new eligibility criteria just like our new members.

As our plan states, we are immediately evaluating our code of conduct and that revised code will address the press conference concerns you cite. The new code of conduct also will enhance our campaign protocols following strict ethical standards and best practices.

We also are committed to meeting with the personal publicists to understand and address their concerns about the scheduling and conduct of HFPA screenings and press conferences, and to ensure that these concerns are incorporated into our new code of conduct.” 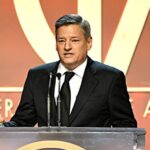 Also Read:
Netflix to Cease Working With HFPA Without a ‘Clear Roadmap for Change’

Sarandos previously told the HFPA he thought its proposed reforms weren’t enough to tackle the organization’s “systemic diversity and inclusion challenges” and its “lack of clear standards for how your members should operate.”

Netflix is the latest in a string of companies to condemn the HFPA for its lack of diverse membership. Recently 100 companies banded together to boycott the organization, which has no black members and a history of snubbing the work of Black creators in awards seasons. Time’s Up demanded an overhaul of the HFPA which then lead the group to hire USC professor Shaun Harper to examine its “systemic” issues. Harper soon quit once he was confronted with the scope of HFPA’s problems.

The HFPA is also undergoing leadership changes — president Philip Berk was ousted in April after he described Black Lives Matter as a “hate movement.”

Earlier in the week HFPA promised it would double the size of its membership, elect new board members and hire professional executives to lead the organization. The HFPA also said it would consider taking “serious measures” if the new reforms weren’t approved by the membership, including the current board resigning.