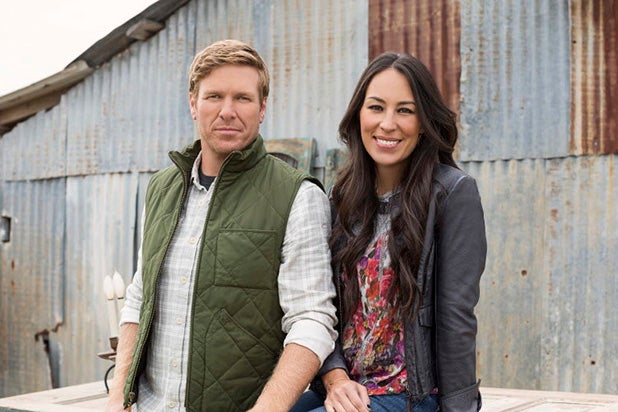 Discovery Communications owns TLC, ID, and, of course, Discovery. Soon, the publicly traded company will also have networks like Food Network, Travel Channel and DIY under its umbrella.

Most importantly, the cable channel-hoarder will become the parent to HGTV, which has one of the most-rabid fanbases in media — and all it cost them is $14.6 billion.

Discovery’s acquisition of Scripps Networks should all be official by early 2018, after regulatory requirements are completed and shareholders are (over)paid. But how will HGTV under new ownership impact your favorite flipping show? We know that’s what readers are really worried about.

Creatively, the answer is “not much” — or at least it shouldn’t be. A person close to the transaction assured TheWrap that Discovery is not planning to renovate what isn’t broken.

“I can’t envision any changes or messing around with the creative,” the insider said, referring to HGTV and Food Network during our interview as Scripps’ “crown jewels.”

“This isn’t a turnaround job,” the person added.

So, what will Discovery do with its shiny new toy?  For starters, it’s going to throw a ton of money at HGTV and Food Network programming — yes, on top of that hefty acquisition sum.

Perhaps Chip Gaines probably should have waited to get his teeth fixed.

“If you love Home & Garden, you’re gonna love that on Facebook, on YouTube, on Instagram, on Sling, on Verizon go90,” the person said of HGTV’s future.

The Scripps networks should also help the existing Discovery Communications channels become even more necessary in skinny bundles. Plus, their eventual inclusion on whatever future iterations of Discovery GO look like opens the possibility for a direct-to-consumer offering, which our source said would likely cost subscribers somewhere between $3 and $5.

“Three bucks, [Discovery’s] in the black,” the individual broke down those over-the-top streaming finances. “Four or five, [the company is] killing it.”

Speaking of adding outlets, your favorite HGTV stars may pop up on some traditional Discovery properties, our source said.

No, Tarek and Christina El Moussa probably won’t rekindle their romance on “90 Day Fiance,” but it stands to reason that Bobby Flay or Giada De Laurentiis could land a food block on that reality show’s TLC home, for example. After all, the programming is very different, but the audience is about the same (gender).

Such cross-promotion and development — as well as the requisite promotional stunting — would be a natural extension of the compatible brands.

“I love Scripps, they’ve done a great job, but they really haven’t taken those brands around the world,” the insider said.