Higher Ground, President Barack Obama and Michelle Obama’s production company, has joined Netflix’s “Leave the World Behind,” the film adaptation to the novel of the same name by Rumaan Alam, the company announced on Thursday.

Sam Esmail, the creator of “Mr. Robot,” will both write the adaptation and direct. 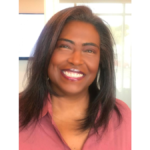 The logline for the film is as follows: A family vacation on Long Island is interrupted by two strangers bearing news of a mysterious blackout. As the threat grows more imminent, both families must decide how best to survive the potential crisis, all while grappling with their own place in this collapsing world.

Since being published in October 2020, the novel has been A Read with Jenna Today Show Pick, a finalist for the 2020 National Book Awards, listed as one of Barack Obama’s Summer Favorites and named A Best Book of the Year from The Washington Post, NPR, Time, Esquire, Elle among others.

The project is the latest to arise from Higher Ground’s deal with Netflix, which has spawned a range of scripted, unscripted and documentary-style series currently in development, as well as feature-length narrative and documentary films like “American Factory” and “Crip Camp.”