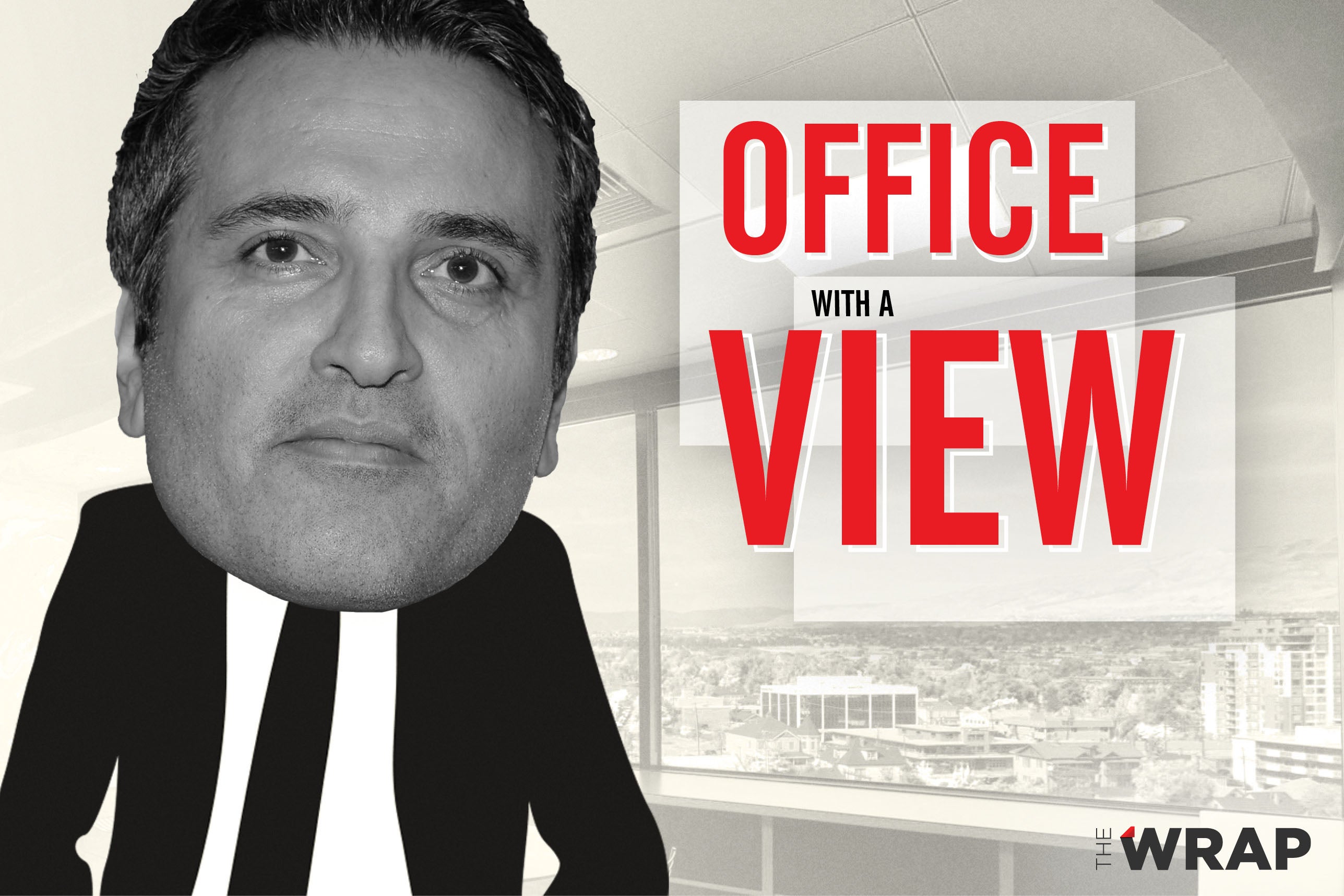 Eight years after “Hitman” grossed $100 million worldwide, producer Adrian Askarieh reboots the franchise this Friday with “Hitman: Agent 47,” which stars Rupert Friend (“Homeland”) as the ruthless assassin with a barcode tattoo on the back of his neck.

Askarieh is a former attorney who stopped practicing law in 2002 to focus full-time on his passion for producing. He launched Prime Universe Films in 2004 to develop and produce high-concept features based on branded video game and comic book properties, though he also keeps an eye out for fresh, original material with broad international appeal.

While Askarieh is best known for the “Hitman” franchise, he’s also developing Robert Rodriguez’s adaptation of the cultish ’60s cartoon “Johnny Quest” at Warner Bros. With “Agent 47” hitting theaters this week, Askarieh spoke to TheWrap about the reboot and his life as an independent producer in an ever-changing Hollywood climate.

You produced the first “Hitman” movie back in 2007. Why was now the right time to reboot the property?
I produced the original with Chuck Gordon. We developed the screenplay by Skip Woods, which we were very proud of, but Fox’s previous regime decided to make the movie for far less money than we anticipated and brought in Luc Besson’s EuropaCorp. So they took it over and we were no longer running point. On this one, we were involved from the very beginning to the very end. It’s a fresh reboot, so there’s no connection with the previous picture.

We wanted to bring back the Agent 47 character because in addition to being an incredibly cinematic character, he’s also one of the most iconic characters in video games. We convinced Fox that it was worth another shot. Fox International got involved and after we finished filming, the whole studio got behind it and has been incredibly supportive in all respects.

Are video-game movies getting the short shrift due to Hollywood’s current obsession with comic-book movies?
Video games are getting the short shrift, period. The success of comic-book movies can actually help video-game movies. The problem they’ve had before is that they haven’t been adapted properly by people who respect the material. Comic-book movies had the same problem for years. With the exception of a Batman here and a Superman there, box office was lackluster, but that changed with “X-Men” and “Spider-Man” because people who genuinely respected the material were involved.

That’s now happening with video game movies, and not just “Agent 47.” Look at “Assassin’s Creed” and “Warcraft” and Tom Hardy’s involvement with “Splinter Cell.”  Video-game movies are going to become the next wave. Will they become as ubiquitous as comic-book movies? I don’t think so, but there’s a lot of great video games with rich stories and mythologies, and we’re going to see some terrific movies made from them.

Talk about replacing Timothy Olyphant with “Homeland” star Rupert Friend, who was a surprising choice to play Agent 47.
We looked at episodes of “Homeland” and some of his smaller British films and the first thing you can tell is, he’s a great actor. He loses himself in every role, which is a bit unusual with an actor who has leading-man looks. He had the gravitas and the depth to bring 47 to life in a fully dimensional way. 47 can be challenging to play because there’s not a lot of emotion involved, but you want the character to still have a component of relatability and you want the audience to root for him. Rupert is a very smart and serious actor, and he approached the character with such reverence and respect and focus. We looked at each other on set that first week and knew we made the right choice.

This is a reboot and to have the same actor from the previous movie would’ve conveyed that it’s a sequel. We just wanted to start fresh. It’s like Christian Bale coming into “Batman Begins.” This was going to be our “Hitman Begins,” if you will, although it’s certainly not an origin story. Besides, I think Timothy is doing just fine.

On “Agent 47,” you worked with a first-time filmmaker in Aleksander Bach. What does that mean for you, as a producer? Is it harder working with a first-timer?
Aleksander is an award-winning commercial director who has done a lot of globally acclaimed commercials. He had a tough job, because this is a complicated movie with a relatively short shoot and a lot of locations, but he never sweated it out. I’m proud of him. And now he has a big project with Lionsgate and Mandeville.

As far as what it meant for me and the other producers, you just have to be there all the time. It’s not a referendum on Aleksander, it’s just the nature of the beast. Lynda Obst wrote in her book, “Choose your director wisely, or forever hold your peace.” Well, we chose wisely with Aleksander.

Are you wary of revealing too much in a movie trailer, or do you understand that the studio has to put butts in seats?
As a producer, it’s a little nerve-racking to give away too much in the trailer, but I don’t subscribe to the theory of hiding the ball too much either. That said, in order to get audiences engaged, I know you have to show different elements of the movie, as long as you do it judiciously and don’t give away the entire plot. Big studios know what they’re doing and Fox has done an incredible job selling “Hitman: Agent 47” without spoiling anything significant for the audience.

What’s the next big trend in Hollywood movies?
Virtual reality is a very interesting area. Oculus Rift was just on the cover of Time magazine. I don’t think it’s just a trend, I think it will change entertainment as we know it. I’ve been in discussions with companies to develop feature-length content for VR. I can’t wait to see where it’s all going and how we will use VR to tell stories, both for games and films.

You’re active on Twitter. Is it important for a producer to cultivate his own brand on social media these days?
I mostly use my Twitter to promote my projects, but it’s important for everyone in our business to cultivate a brand. As content becomes more fragmented and the audience becomes more fragmented, it helps to be able to be identified with a certain type of content.

What are some of the other high-profile projects you’re working on these days?
Well, Dan Lin and I are working with Robert Rodriguez and Terry Rossio on “Jonny Quest” at Warner Bros., which we are very excited about. We have a great script that we’re thrilled with.

I’m also doing “Just Cause,” which is based on a popular video game from the same publisher as “Hitman.” I’m doing “Deus Ex” with Roy Lee, and we just moved it out of CBS Films, so we’re currently in serious discussions for a new studio home.

There’s also a TV series, “Enormous,” which is based on a best-selling independent comic book and set up at 20th Century Fox Television and New Regency Television.

As a movie producer, is it important to be active in the TV world?
Any good producer would have to seriously consider having a foothold in television — not just for business and career reasons, but because it’s a wonderful platform for creating stories and working with talented people to bring them to life. Just look at “The Walking Dead” or “Game of Thrones.” The production value is equal to if not better than a lot of movies.

Watch the most recent trailer for “Hitman: Agent 47” below.