Three Hollywood insiders explained how they got their first big break in the entertainment industry at TheWrap’s Breaking Into the Business event on Wednesday night.

Producer Alex Noyer of You Know Films, actress and screenwriter Katie Nehra and veteran casting director Marci Liroff sat down with TheWrap’s Sharon Waxman in Los Angeles to discuss their careers and give advice to college students looking to break into entertainment and media.

Nehra, who co-wrote Chris Messina’s 2014 directorial debut “Alex of Venice,” said that her first break came from playwright John Patrick Shanley, who cast her in his play “Sailor’s Song.”

Also Read: TheWrap's 'Breaking Into the Business Live' Launches with IMAX and ArtCenter College of Design

“I had been doing off-Off Broadway, but this was the first time that someone told me, ‘you should play this,'” she said. “I auditioned and all that, but it was definitely him giving me my first job.” 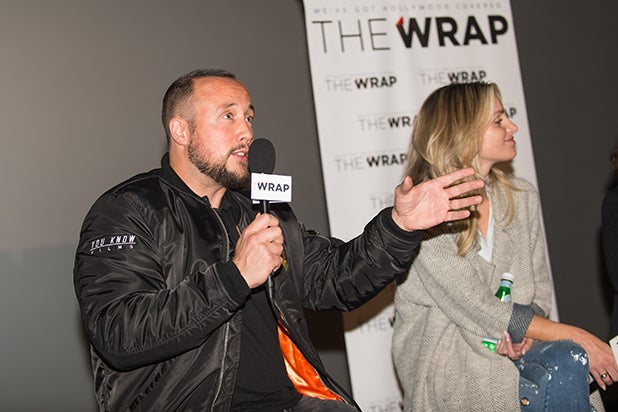 Liroff — whose credits as a casting director include such films as “Footloose,” “St. Elmo’s Fire,” “Pretty in Pink,” “The Iron Giant” and “Mean Girls” — said her big break came when “E.T.” director Steven Spielberg and producers Kathleen Kennedy and Frank Marshall recognized the good work she had done on the project.

“The producers of ‘E.T.’ gave me on-screen billing, which I hadn’t been getting,” she said. “They asked my boss to give me billing and he said no, but they went ahead and did it anyway.”

Also Read: 10 Most Beloved Quotes From 'E.T. the Extra-Terrestrial' (Photos)

Noyer, on the other hand, said that he couldn’t point to one lucky break that made his career. It’s a combination of good luck, smart decisions and and unwillingness to give up when things didn’t go his way.

“I think my career has been lucky breaks and bad breaks … And I’ll take all of them,” he said. “All of the bad things that happened — when I had content rejected or trashed by critics telling me what the hell are you doing here — that felt as constructive as some of the [good] moments.” 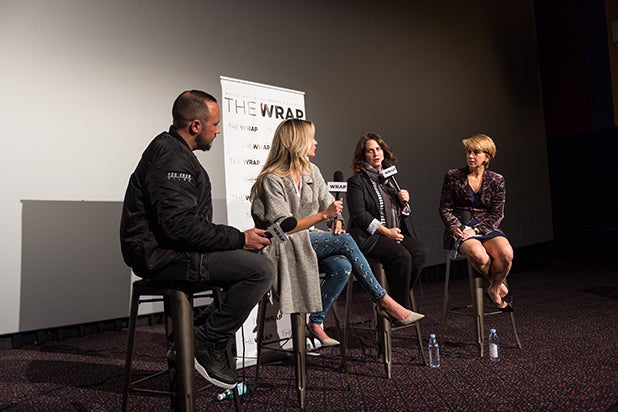 The panel also discussed the biggest disasters of their careers, advising students in the audience not to be discouraged by failure.

“You have to understand that your career, as your life, ebbs and flows … I think the key is to be able to survive that fallow period,” Liroff said. “It’s being able to weather when suddenly things drop off. You might not work for a while, but you might discover something new.”

“Some of those moments you’ve had where you think your life is over are actually serving you as an artist. Especially as a writer,”  Nehra added. “I thought my life was over when I got thrown out of my high school, but then I went to an arts school where I felt much more at home.”

Noyer recounted a story about a failed Bloomberg pilot that almost put his company out of business. “I thought there was no way it was going to go wrong, but we essentially got the grass cut from under our feet,” he said. “It felt awful.

“Every time you have a project, you need to go — I’m going to borrow a quote from ‘Any Given Sunday’ — that extra inch,” Noyer continued, using a football analogy. “That’s the difference between missing your touchdown or going for the touchdown. You know you might lose everything … but if you do it and it works, you’ll feel like you’re on top of the world.”

The panel shared their experience with college students at TheWrap’s “Breaking Into the Business Live,” held in partnership with the ArtCenter College of Design Pasadena, California. Sponsored by IMAX, the event is a part of the larger CollegeWrap initiative that seeks to empower a new generation looking for their first big industry break.