Ray Liotta’s friends and colleagues are mourning the actor after he died at 67 years old on Thursday. The Emmy-winner is being hailed as “a gentle man” and “a sweet, playful and passionate collaborator and brilliant actor.”

Liotta notched his breakout role as Ray Sinclair in Jonathan Demme’s 1986 film “Something Wild.” As Sinclair, the actor earned a Golden Globe nomination, marking the first of many to come. Liotta later earned praise as Shoeless Joe Jackson in the 1989 classic “Field of Dreams,” and of course, as mobster Henry Hill in the 1990 gangster classic “Goodfellas.” Most recently, he helmed memorable roles in “Marriage Story” and “The Sopranos” prequel “The Many Saints of Newark.”

“Shocked and saddened to hear of Ray Liotta’s passing,” wrote James Mangold, who directed Liotta in “Cop Land” (1997) and “Identity” (2003). “Beyond the tough guy exterior and the tightly wound emotions of his signature characters, he was a sweet, playful and passionate collaborator and brilliant actor. RIP.” 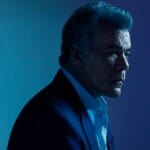 Alessandro DiNivola, who co-starred with Liotta in “The Many Saints of Newark,” impressed how “lucky” he felt to have “squared off against this legend in one of his final roles.”

“The scenes we did together were among the all time highlights of my acting career,” he captioned a still of the two of them from the film.

Lorraine Bracco, the “Sopranos” star who played Liotta’s wife in “Goodfellas,” wrote a devastating tribute to her late screen partner and friend.

“I am utterly shattered to hear this terrible news about my Ray,” she said. “I can be anywhere in the world & people will come up & tell me their favorite movie is Goodfellas. Then they always ask what was the best part of making that movie. My response has always been the same…Ray Liotta.”

In a heartfelt tribute, Taron Edgerton – who plays the son of Liotta’s police officer in the upcoming Apple series “Black Bird” – wrote “I have never felt such an easy, warm connection with another performer.”

He described Liotta giving him a long hug their first day on set, and the natural dynamic they shared from that day forward.

“When I first saw our show I text him telling him that I felt his performance was beautiful and that I was very proud of our work,” Edgerton recalled. “His response was: ‘you made it easy to love my son.’

“Ray, the feeling was so, so mutual,” he continued. “I will miss you.”

Seth Rogen fondly recalled the experience of acting alongside Liotta in the dark comedy “Observe and Report” (2009). “Working with him was one of the great joys of my career and we made some of my favorite scenes I ever got to be in,” he said. “A true legend of immense skill and grace.”

Kristen Chenoweth and Rosanna Arquette remembered Liotta as a “dear friend,” while Viola Davis, Cary Elwes and Jeffrey Wright were among those who expressed admiration for his expansive body of work.

“GREAT actor,” wrote Wright. “Nice to have had the chance to say that to him. RIP.”

Added Jamie Lee Curtis, “His work as an actor showed his complexity as a human being.”

Read below for more tributes to the late actor: