Liotta died in the Dominican Republic where he was shooting a film. Liotta leaves behind a daughter, Karsen, and was engaged to be married to entrepreneur Jacy Nittolo.

Liotta first broke out as an actor playing Ray Sinclair in Jonathan Demme’s 1986 film “Something Wild,” a role which garnered Liotta his first Golden Globe nomination. Liotta would then turn heads as Shoeless Joe Jackson in the 1989 classic “Field of Dreams,” and then a chance encounter with director Martin Scorsese would lead Liotta to his career-making turn in the 1990 gangster classic “Goodfellas.” 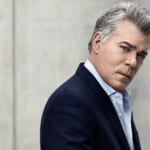 Also Read:
Hollywood Mourns Ray Liotta: ‘His Work as An Actor Showed His Complexity as a Human Being’

The actor’s career was a varied one, including notable turns in films like “Cop Land” (1997), Ridley Scott’s “Hannibal” (2001) and James Mangold’s “Identity,” as well as a TV series regular stint on the NBC crime drama “Shades of Blue” from 2016-2018 and a role as Frank Sinatra in 1998’s “The Rat Pack,” which earned him a Screen Actors Guild Award nomination.

Liotta was also happy to poke fun at his tough-guy persona in films like “Muppets Most Wanted” and 2009’s “Observe and Report” or the Netflix series “Unbreakable Kimmy Schmidt,” but he also showed a softer side in dramas like Noah Baumbach’s “Marriage Story” in which he played a fierce divorce lawyer for Adam Driver’s character.

The actor earned a whole new legion of fans when he provided the lead voice role in the iconic 2002 video game “Grand Theft Auto: Vice City.”

Most recently, Liotta starred in Steven Soderbergh’s HBO Max crime drama “No Sudden Move” and had an impressive dual role in Warner Bros.’ “Sopranos” prequel film “The Many Saints of Newark” playing twins, one of whom was the father of Dickie Moltisanti. 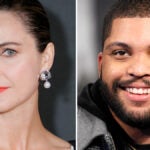 Liotta’s upcoming films include the Elizabeth Banks-directed comedy “Cocaine Bear” and an untitled comedy written and directed by Charlie Day. He also stars in the upcoming Apple TV+ series “Black Bird” opposite Taron Egerton, which is due to be released in July.

Liotta was born in Newark, New Jersey on December 18, 1954. Liotta was adopted by Alfred and Mary Liotta when he was just a 6-month-old baby. Liotta’s mother was a township clerk, and his father was an auto parts store owner. The Liotta family would grow to include Liotta’s sister, Linda, who was also adopted. As a teenager, Liotta was a talented athlete, playing both soccer and basketball in high school.

Liotta graduated from Union High School in 1973, and attended the University of Miami-Florida, where he studied acting and earned a BFA in 1978.

After college, Liotta moved back to New York City where he was discovered by a casting agent. Liotta then landed a part in a television commercial, before he booked his first role as Joey Perrini on the daytime soap opera “Another World.”

Liotta appeared on the daytime soap from 1978 to 1981. Liotta then ventured to California to try his luck in Hollywood, where he eventually landed his breakthrough role as Ray Sinclair opposite Melanie Griffith in 1986’s “Something Wild.”