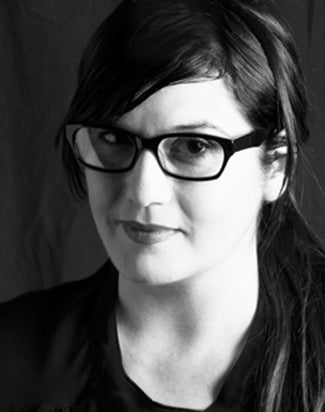 TheWrap is pleased to announce that entertainment industry veteran Ada Guerin joins the company as Creative Director. She will guide the creative vision of the fast-growing multimedia company across its website, mobile and print products and in live events, reporting to CEO Sharon Waxman.

Guerin is an award-winning designer and entertainment veteran who joins TheWrap after 14 years at The Hollywood Reporter as design director and associate art director.

“We welcome Ada’s talent and experience in the unique space that TheWrap occupies, speaking to the entertainment industry’s influencers and a national audience that is passionate about movies and television,” said Waxman.

Said Guerin: “As an industry veteran I have had the opportunity to watch TheWrap evolve from a small upstart to one of the leading industry news resources. I look forward to evolving all aspects of its visual design in both digital and print to even better showcase its unique blend of Hollywood trade news and entertainment. The company’s growth has been highly impressive and I’m proud to be joining TheWrap team.”

TheWrap is the leading digital media company covering the business of Hollywood. In the past year alone, the site has continued to drive to new traffic highs while launching multiple new events and products including a New York-based Grill conference in June and most recently a weekly iPad magazine aimed at the busy Hollywood executive and Wall Street investor, WeekendWrap.

Ada Guerin is uniquely qualified to take on TheWrap’s growing design footprint while unifying the brand across its diverse platforms.

As Associate Art Director at the Reporter she was responsible for the design of all facets of the weekly magazine and was an integral member of the 2010 team in rebranding and relaunching The Hollywood Reporter from a daily to a weekly glossy magazine, winning an SPD award for feature design.

As Design Director for the daily trade, she was responsible for the production and quality control of special issues, features, logos and covers from concept to execution. She worked on the Key Arts catalog and was responsible for the branding of THR’s social page, About Town as well as building the Women in Entertainment and Next Gen franchises.

Guerin was formerly a radio personality for the Los Angeles-based Westwood One station, Pirate Radio where she rode a Harley Davidson as part of The Pirate Radio Harley Crew.