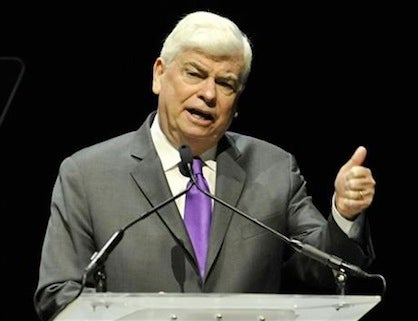 Hollywood studios are worried that U.S. economic sanctions against Russia may lead to a backlash that would limit the number of American movies distributed in one of its fastest-growing international markets.

“We’re looking at it, we need to know more,” acknowledged MPAA Chairman Chris Dodd when asked about Russia by TheWrap at a news conference on Tuesday at the annual CinemaCon movie convention in Las Vegas. “We are trying to make longer term judgements about this. We are looking at it.”

The Russian box office grew by a stunning 11 percent last year, according to new statistics released on Tuesday by the Motion Picture Association of America, second only to China and Mexico.

The foreign market now constitutes 70 percent of the total annual box office revenue brought in by Hollywood films, according to the MPAA, $1.4 billion of which was generated in Russia last year.

Russian annexed the Crimean region of Ukraine this month, sparking international outrage and leading to a series of economic sanctions by the Obama White House.

The Russian market is now dominated 70 percent by American movies. Dodd said that reports are circulating that Russian President Vladimir Putin might cut that percentage to 50 percent. But he also said he couldn’t verify whether the report had substance behind it.