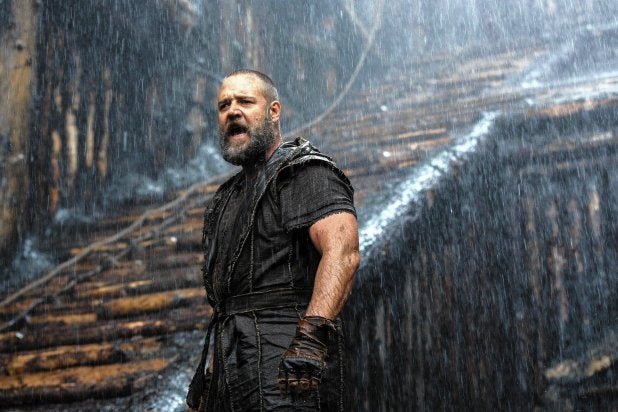 Hollywood has a calendar full of movie and TV awards shows, from the Oscars to the Golden Globes, and with a dozen other awards on tap as well. There’s even the Razzies — The Golden Raspberry Awards — for the worst movies in each year’s hefty bag of cinema surprises.

Now a curtain is about to open on a new movie awards event, this one called The Cliffies, and honoring the best climate-themed movies of the previous year. The Cli Fi Movie Awards, as the event is formally called, will shine a serious spotlight on important cli fi movies of the year. Dubbed ”the Cliffies,” to give the awards program a semi-goffy nickname as a PR shout out, the event will launch online in early 2015 with nominations in ten categories being sent in now by movie fans and climate activists worldwide.

After creating and popularizing the rising new literary genre of “cli-fi” (novels about climate change and global warming) and bringing the meme into the pages of the New York Times, Time magazine and the Guardian in Britain, I decided to set up a new Hollywood film awards event for “cli-fi movies that matter.”

Why movies? Because films have a large impact now worldwide, and the pressing issues of climate change and global warming are too important for Hollywood to ignore. Time magazine led the media charge in May with a three-page article about the new crop of cli fi movies, and when this summer’s “Into the Storm” was released, reviewers and websites started referring to the movie as a “cli fi thriller” worth watching. That’s when I realized that the cli fi term was catching on in Hollywood, and that’s when I decided to set up the Cliffies.

The Cliffies will recognize and honor the best climate-themed movies of 2014, and so on for the next 100 years. Movies that best mirror current events as well as those that best mirror current climate science will be in the mix. Nominations are welcome now from film fans and the movie-going public, with the deadline for nominations set for December 31. [Send nominations and information queries to the administrative offices at bubbie.zadie@gmail.com]

The Cliffies will not be a glitz and glamor event but will instead focus public attention on climate themes and issues confronting America (and the entire world) at this point in human history. Andrew C. Revkin, a musician and songwriter who also runs the Dot Earth science blog at the New York Times website, has graciously offered to lend his song “Liberation Carbon Blues” as the theme music for the awards event and its website.

In the running for top awards include movies from North America, South Korea and Australia. Actors such as Tilda Swinton, Chris Evans, Russell Crowe, Emma Watson and Matthew McConaughey will be honored as well, with nominations for sure and possible top prizes.

Will the Cliffies, just getting off the ground now and set to launch officially in early 2015, have any impact on Hollywood studios and the movies they greenlight for future productions? That’s the central mission of these awards: to serve as a wake up call and an alarm bell about climate issues in the center of the film capital of the world. Global warming is a world problem, and the Cliffies hope to bring the message home to Hollywood and Vine.

Send those nominations in now.