This story about the costume design of “black-ish” first appeared in a special section, “The Look,” in the Comedy/Drama/Actors issue of TheWrap’s Emmy Magazine.

Designing costumes for a sitcom episode that pays tribute to Prince by re-creating several of his videos and performances may sound easy: Just get a lot of purple lace, pull out the old photos and make what you see. And in part, that’s what Michelle Cole did on the 100th episode of “black-ish,” which paid homage to the pop titan who died in 2016 by putting the show’s stars into his clothes and having them lip-sync (and occasionally sing) his songs.

“It was so iconic,” said Cole, who got her first three Emmy nominations on the groundbreaking show “In Living Color.” “We took great pride in trying to deliver those costumes accurately. Deon (Cole)’s cloud costume (pictured above), we had that printed and we had to match all the clouds where Prince had them. Yara (Shahidi)’s costume was hand-painted, and we tried to paint the circles exactly where they were on his original.”

But it wasn’t simply a matter of duplicating the classic outfits. “Prince was risqué, we know that,” she said. “In the outfit that Yara wore, he had a huge dip on the side panels that went all the way down to his hips. But she was only 18, so we didn’t do that.” 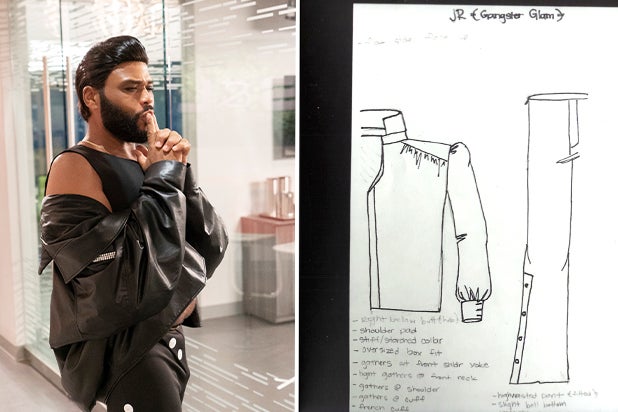 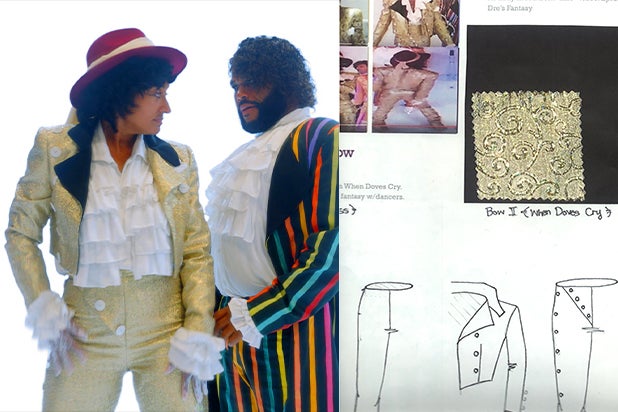 The costumes, Cole said, entailed four fittings with each actor. “We did the drawings, and then we had to make the pattern to match the kids’ sizes and Anthony’s sizes,” she said. “You can’t just buy that stuff — it’s not in the stores. So we did the fittings, and for the first two they were just trying on patterns. But the third and fourth, as the costumes got closer and closer, they started to really have fun.”

To read more of the Comedy/Drama/Actors issue of TheWrap’s Emmy magazine, click here.