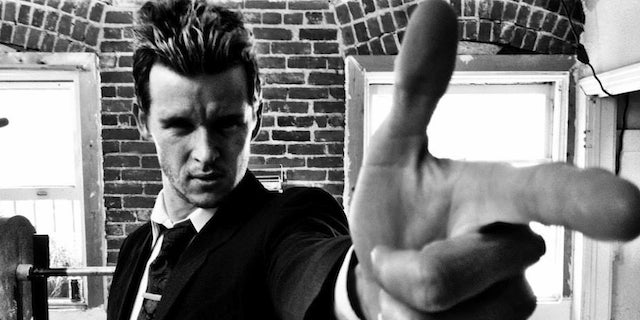 Adi Shankar has executive produced feature-length films starring Brad Pitt, Liam Neeson, Mark Wahlberg and Russell Crowe, but it's his "bootleg" movies starring Thomas Jane and Ryan Kwanten that are earning him notierity with one of Hollywood's most important audiences: the fanboys and girls that studios target every summer.

"Dirty Laundry," a short film that features Jane reprising his role as Marvel antihero The Punisher, has racked up nearly 4 million views since it hit the web last summer. Shankar's latest, "Truth in Journalism," stars Kwanten ("True Blood") as Venom, another popular Marvel antihero. When the latter debuted at Comic-Con earlier this summer, Shankar wasn't expecting to make a splash, but ended up receiving rock star welcome. "I expected maybe 20 or 100 people. I found out that there was 3,000 people in the ballroom — a lot of whom had camped out to be there — and they were turning people away," Shankar (left) told TheWrap. "The moment I go up on stage I get this huge reaction from the crowd. I've never had the crowd go wild before."

Viewers were largely impressed with "Dirty Laundry," and many comments reflect that they enjoyed it more than the 2004 "Punisher" feature Jane starred in.

In celebration of YouTube's "Geek Week," the short was highlighted as one of the video-sharing network's most "unforgettable" fan-made superhero video. Despite "Truth in Journalism" being an unconventional black-and-white documentary-style narrative (which Shankar says was inspired by 1992 Belgian mockumentary "Man Bites Dog"), viewers appear to be equally impressed with it.

Both films are making viewers wonder why studios aren't taking notes, and they're also getting him the kind of recognition a producer rarely receives.

"People started coming up to me randomly — and I don't mean just at Comic-Con, but in real life," Shankar added. "It got to the point where I was getting recognized all the sudden, and I thought, 'That's kind of strange, it's not like I'm in front of the camera, really.'"

Even with a 17-minute running time (which is a lot to ask for given the average attention span on the web), "Truth in Journalism" has racked up over 300,000 views since being published online last week. It's the latest from the young up-and-coming producer's brand, which aims to tell interesting stories and respect the intellectual property, rather than figure out how to monetize it.

"J.J. Abrams does an awesome, awesome job with this. People just trust him. I'm a fan, and I trust him. Same thing with Chris Nolan," Shankar said. "He's not going to make a cash grab and neither am I. If I wanted to become rich, I wouldn't be in the movie business."

With movies "The Grey," "Killing Them Softly," "Broken City" and "Dredd" under his belt, it's fair to say Shankar has found success in the business as an independent producer — even if the movies aren't always successful. "Broken City" failed to recoup its $35 million budget at the box office when released in January; "Dredd" — a critically-lauded comic book adaptation starring Karl Urban as Judge Dredd — suffered the same fate months earlier.

While the bloody action movie may not have paid for a house high up in the Hollywood Hills, it did provide some major street credibility with the same audience flocking to YouTube to watch the shorts he produced purely for fun. Since debuting on DVD and Blu-ray in January, "Dredd" has become something of a cult classic amongst fanboys, with 52,300 of them uniting on a Facebook page to petition Lionsgate to produce a sequel.

"I did this AMA on Reddit earlier in the year. I listed my entire filmography and the one thing I got asked the most about was 'Dredd' and then after that, 'Dirty Laundry,' Shankar said. "I heard the message loud and clear: People really, really like this stuff, so I want to make another one."

The third entry in what Shankar has dubbed his "bootleg universe" will be a short film revolving around Judge Dredd. But don't expect it to pretend to be any sort of sequel. Much like "Truth in Journalism" had a very distinctive style seperating it from "Dirty Laundry," Shankar teased a big surprise in store for fans of "Dredd" when the short debuts online some time next year.

"There is straight up no plan. I'm doing these in between projects," Shankar said. "I would love to just literally make these and only these at this point, because they're so much fun, but then rent won't get paid."