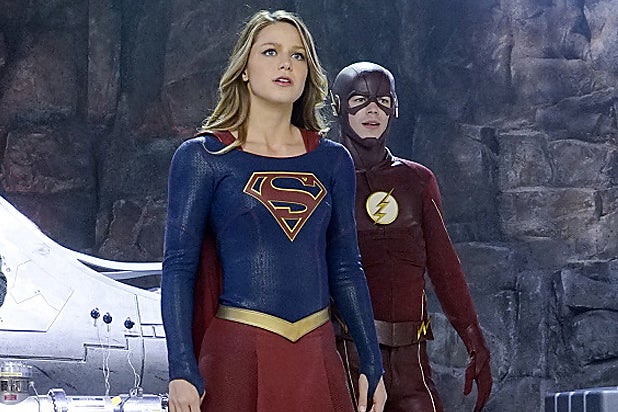 Tonight, “Supergirl” finally completes its single bound from CBS to the CW. TV ratings expectations for the superhero series are high at its new home — but will the sophomore season hold up to the version CBS shrugged off?

The short answer is “no,” but we can do better than a short answer. Let’s look back before we glance forward.

At the time, that heavy tune-in made it broadcast’s top comic book series debut among overall audience members in recent years. “Supergirl” was lower than Fox’s “Gotham” and “Marvel’s Agents of S.H.I.E.L.D.” in the main demo, however.

Of course, good things don’t always last. That was the case with the progressive ratings decline of “Supergirl,” which explains why CBS canceled it in the first place.

While the drop was disappointing, those numbers would still mark a smash hit on the lower-rated and younger-skewing CW network — especially in tonight’s time slot. Last season, the network merely managed a 0.3 rating among adults 18-49 Mondays at 8/7c, when its programming mostly consisted of “My Crazy Ex-Girlfriend” and “Reign.” Total viewers averaged just about a million on the nose. For those not deep into Nielsen numbers, those are pretty terrible.

So, “Supergirl” should settle somewhere between the CW-bad and the CBS-bad, which will be a CW-good, if that makes any sense.

“There’s no question it probably won’t do as well as it did on CBS,” CW boss Mark Pedowitz himself predicted at August’s Television Critics Association TV press tour in Beverly Hills. “But it will probably be our No. 1 or No. 2 show of the season.”

TheWrap will report “Supergirl” Live + Same Day ratings for its CW debut around 11:15 a.m. ET tomorrow. Check back to see if they’re more powerful than a locomotive — or at least, better than “DC’s Legends of Tomorrow.”

“Supergirl” premieres on the CW tonight at 8/7c.