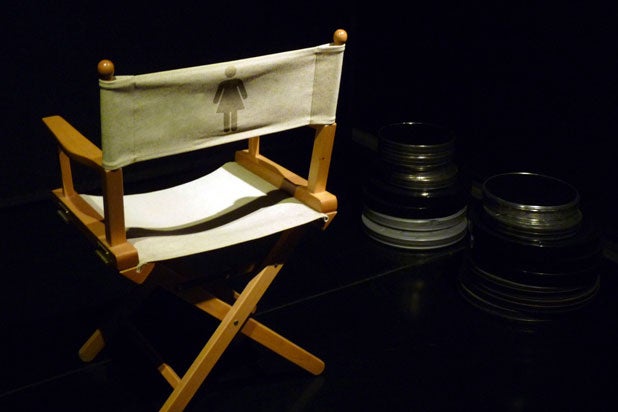 Another powerful federal government agency has joined a probe into Hollywood’s discrimination against female directors, which begs the question — how far are the studios and TV networks from winding up in court?

News surfaced on Wednesday that the Office of Federal Contract Compliance Programs (OFCCP) was involved in an ongoing gender bias investigation launched by the Equal Opportunity Employment Commission last October, the result of a survey given to female directors by the ACLU.

Employment statistics for women in the director’s chair are as grim as ever: only 9 percent of the top 250 domestic grossing films and 28 percent of supposedly diverse festival films had a female director in 2015; in TV, only 18 percent of first-time episodic directors were women over the five-year period from 2009 to 2014.

How long until the staggering numbers turn into subpoenas?

Melissa Goodman, general counsel for the Southern California chapter of the ACLU, told TheWrap that it begins with federal authorities like those already on the case.

The FOCCP declined to comment on the matter. The EEOC did not return TheWrap’s repeated requests.

The “bad actors” in this case would be the studios, networks and possibly talent agencies responsible for their part in the wide disparity (not to be confused with some of the stars they might hire, to spare you the confusion).

Companies on the hook could be any major entity responsible for hiring directing talent, and, as Goodman noted, the agencies responsible for signing and selling directors to networks and studios. In April, TheWrap reported that neither Fox nor Paramount have a woman director on projects dated through 2018.

A Commissioner’s Charge is a flare gun, Goodman said. It says “‘we have found enough evidence of legally actionable gender bias going on with a certain company, or group of companies, and it’s so systemic that we’re actually going to charge all the major studios or TV networks or even the talent agencies.'”

Once that charge is in effect, the filing agency opens up to a much larger investigation “including the power to subpoena,” Goodman said.

If any given federal agency decided to pursue a lawsuit, they could go narrow and make an example of a given company or go after a collection of businesses, she added.

While studio heads and network brass on the witness stand might make for some interesting testimony, that’s not exactly likely.

“Ihat, before matters would escalate to trial or other public proceedings, the parties will try to mediate and turn to settlements, which includes an agreement to take certain steps or remedies,” said Goodman.

The proposed fix is a “gender parity stamp” that scores and approves content as balanced, a mentoring program for entry-to-mid-level females in the industry and an ambassador program to continue dialogues within studios and networks. It’s understood to be rolling out in 2017.