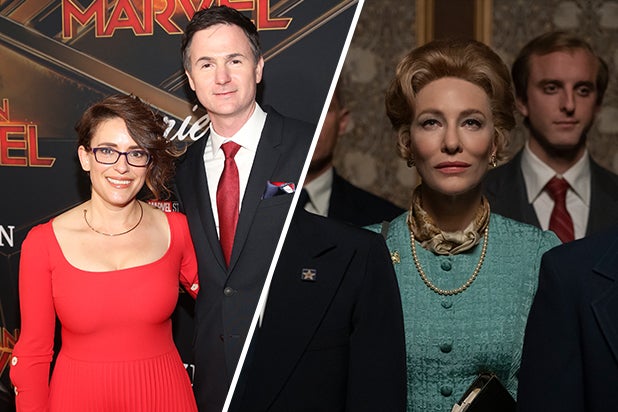 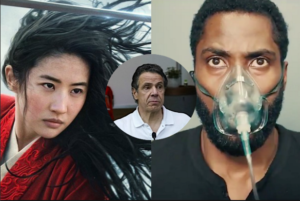 How ‘Mrs. America’ Directors Went From ‘Captain Marvel’ to a Feminist History Lesson

TheWrap Emmy magazine: ”We were toward the end of postproduction and thinking of a long nap,“ says Anna Boden of her and Ryan Fleck’s decision to tackle the FX miniseries

The FX miniseries “Mrs. America” is a history lesson rooted in the feminist politics of the 1960s and ’70s — both the women’s movement that gained power under the leadership of Gloria Steinem, Betty Freidan and others who were instrumental in the passage of the Equal Rights Amendment through Congress; and the anti-ERA activists who coalesced around Phyllis Schlafly and helped block the amendment from being ratified by the necessary 38 states.

But to call it a “history lesson” is to downplay how wildly entertaining this cast of characters is, especially in the hands of a group of actors that includes Cate Blanchett as Schlafly, Rose Byrne as Steinem, Tracey Ullman as Friedan, Uzo Aduba as Shirley Chisholm, Margo Martindale as Bella Abzug and Elizabeth Banks as Jill Ruckelshaus.

“It seems like some of this stuff couldn’t possibly be real, like the (conservative) women bringing bread to legislators in Illinois (to lobby for no votes on the E.R.A.),” said Anna Boden, who directed four of the nine episodes with Ryan Fleck. “The real footage is more outrageous than anything we could fictionalize and have people believe. So we tried to use the archival footage to bring it into the story in a way that felt cohesive and organic to the storytelling. And we tried to find places in almost every episode to have these bits of real footage.”

Also Read: 'Mrs. America': Everything You Need to Know About That Gloria Steinem Abortion Scene

At other times, Fleck added, they tried to duplicate what they’d seen in clips from the time. “One of the last things we shot was the scene of Uzo playing Shirley as she announced her run for president in Brooklyn. We had real footage of Shirley Chisholm announcing that, and there was this great moment where she turns to the camera and smiles with her great gap tooth. I saw that and I remember thinking, ‘We’ve got to get Uzo to turn to the camera and smile.'”

Boden and Fleck, whose first feature film was the 2006 hit indie “Half Nelson,” had seen their career as directors take them all the way to the Marvel smash “Captain Marvel” when they received the script for “Mrs. America.” “We were in the race toward the end of postproduction (on “Captain Marvel”), and thinking of a long nap,” Boden said. “But we got this script and saw Cate Blanchett as Phyllis Schlafly, and it was so intriguing and well-written that we couldn’t say no.”

They signed on as executive producers and also directed the first two episodes, setting a template that the conservative housewives and the women’s libbers would be filmed differently.

“Never had something announced so clearly how it wanted to be shot,” Fleck said. “For Phyllis Schlafly’s world, it’s a very conservative, classical approach, very locked-off frames. And then when you get to the feminists, you have all these women in a ruckus of an environment — they’re sharing frames and coming into each other’s shots, and it very clearly feels like it wants to be shot hand-held, with unpredictable camera movement. It was fun to read the script and say, ‘We know how to shoot this.'”

While “Mrs. America” is about events that largely took place in the 1970s, ending shortly after the election of Ronald Reagan in 1980, it also contains plenty of ties to today: As an end-title card points out, the last book that Schlafly wrote before her 2016 death was titled “The Conservative Case for Trump.” The ties to the present, Boden and Fleck said, were definitely part of what drew them to the project.

“It’s trying to understand, ‘How did we get here?'” Boden said. “I’ll admit it, I’m a feminist. This is not objective storytelling from our point of view, but it’s an attempt to understand how we got to 2016. Understanding it through the lens of the 1970s was a way to address it.

“I think it would be hard to look back at the history of just a few years ago with clarity, but somehow going all the way back to the 1970s and seeing how that influenced how we got here puts things in perspective in a way that was pretty exciting to see.”