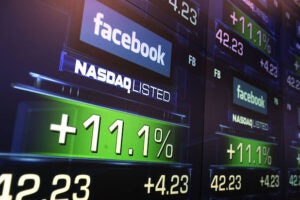 (Clockwise from top left) "Once Upon a Time in Hollywood," "Parasite," "The Irishman," "Uncut Gems," "Marriage Story," "Pain and Glory" and "Portrait of a Lady on Fire"

We tabulated more than 200 Top 10 lists as if they were Oscar ballots, and came up with a smaller-than-usual slate of nominees

Oscars voting begins on Thursday and runs through Tuesday, Jan. 7, a six-day voting period that is the shortest ever for members of the Academy of Motion Picture Arts and Sciences. And with the start of voting, that means it’s time for another annual tradition: I’ll explain how Oscar voting really works.

This time around, I’m going to use the Oscar process — which the Academy calls preferential voting but is more widely known as ranked-choice voting — to re-count the critics’ Top 10 lists compiled on the Metacritic website.

At the point that I did my count, the site included 215 lists that indicated the critic’s top 10 films in order of preference.

Note: While many of the critics’ favorites will also probably be Academy faves, I’m not doing this to predict what will be actually get a Best Picture nomination. Critics and Oscar voters are completely different beasts, with different agendas and different tastes. Academy members are likely to give more support to, say, “1917,” “Ford v Ferrari,” “Jojo Rabbit” and “The Two Popes” than the critics did, and they may well be less enamored of “Portrait of a Lady on Fire,” “Transit” and “The Souvenir ” (assuming they’ve even seen those last two).

This is an exercise to show the Academy’s vote-counting system in action. If you’re looking for predictions, check back a couple of weeks from now.

Initially, you only consider each voter’s No. 1 choice. The first count looked like this:

Since the magic number to guarantee a nomination is 20, two films qualified on the initial count: “Parasite,” with 49 votes, and “Once Upon a Time … in Hollywood,” with 24. Those two are our first nominees.

Also Read: 8 Biggest Changes to the Oscars in the 2010s, From #OscarsSoWhite to Envelopegate

THE SURPLUS RULE
The next step is to make sure that voters haven’t wasted their ballot if they’ve put an extremely popular film at No. 1. “Parasite,” for instance, had more than twice as many votes as it needed to be nominated, but the system takes that into account. If you do the math, the film only needed 41 percent of each of its votes to hit the magic number — so you go back to every one of those lists that had “Parasite” in the No. 1 spot, and you give 59% of each vote to the critic’s second choice. If that second choice is “Once Upon a Time … in Hollywood,” which has already secured a nomination, or if it’s a film that didn’t get any first-place voters and is thus out of the running, the vote transfers to the highest-ranked film on that ballot that’s still in the running.

Example: One critic put “Parasite” in his No. 1 spot, so his surplus .59 vote should go to his second choice. But that is “I Lost My Body,” which isn’t eligible because it didn’t get any No. 1 votes. His third choice is “Once Upon a Time … in Hollywood,” but that has already secured a nomination and doesn’t need his help. But his fourth choice, “The Last Black Man in San Francisco,” is still in the running — so .41 of his vote goes to “Parasite” and the other .59 goes to “Last Black Man.”

Overall, “Parasite” gave portions of nine votes to “Marriage Story” and eight each to “The Irishman” and “Uncut Gems.” “The Farewell” was next with four partial votes, followed by “Portrait of a Lady on Fire” and “The Last Black Man in San Francisco” with three.

“Once Upon a Time … in Hollywood” didn’t have the kind of surplus that “Parasite” did, but it still needed only 84% of each vote to land a nomination. So each of its ballots gives that extra 16% to the No. 2 film. (This surplus redistribution kicks on any film that passes its magic number by more than 10%.)

“OUATIH” gave more than half of its surplus votes, 13 out of 24, to a single film, “The Irishman.” “Uncut Gems” was next with four, followed by “Little Women” and “Transit” with two each.

(By the way, Oscar voters, this surplus rule is why you should rank your favorite film first even if you think it doesn’t need your help — because if it really doesn’t need your help, then your ballot will also count for your second or third or fourth-place choice, too. That way you don’t risk what likely happened to the documentary “Won’t You Be My Neighbor?” last year, when lots of voters apparently assumed it was safe and voted for films they thought needed the help. “Neighbor” ended up not even being nominated, when it almost certainly would have won if it had gotten a nod.)

After adding the surplus votes, the leader board looks like this, with two more films passing the magic number to become nominees:

“Joker,” which didn’t get any surplus votes, has dropped out of the Top 10, while “Little Women,” which got two partial votes from “Parasite” and two from “OUATIH,” has climbed into it.

REDISTRIBUTION
At this point, any film that has less than 1% of the total vote, which means fewer than 2.15 votes, is officially eliminated from contention. That knocks out 32 of the remaining 49 films, leaving 17 films in the running.

On each of the ballots that were cast for one of those 32 eliminated films, a full vote shifts to whichever of the 17 films still in the running is ranked highest on that ballot. (Some ballots won’t contain any of those 17 films, so those ballots are discarded.)

On this round of redistribution, “Pain and Glory” has the best showing, picking up six more votes. “Marriage Story” gets four, “Transit” and “Booksmart” get three, and “Portrait of a Lady on Fire,” “Little Women,” “The Souvenir,” “Joker” and “The Farewell” get two each.

And now here’s the new standing with all 17 of the films that remained in contention in this round:

THE 5% RULE
In almost all the categories except Best Picture, the redistribution would continue, round after round, until only five films remained. But the process used for the variable number of Best Picture nominees stops here with a simple calculation: Any film that now has more than 5% of the vote is a nominee. Any film that has less than that does not.

But in the last round, six ballots had to be discarded, five because none of the films were still in the running and one because only the No. 1 choice was ranked. So you need to subtract those six ballots from the 215 we started with, which gives us 209 ballots currently in play. Five percent of that is 10.5 votes.

That means that “Pain and Glory” and “Portrait of a Lady on Fire” become the sixth and seventh nominees — and that’s it, because nothing else has a high enough score.

(This doesn’t mean the Oscars will only have seven nominees, mind you — in every one of the eight years the Academy has used this process, the result has been eight or nine nominees. And Oscar voters probably won’t spread their votes quite as widely as critics do.)

THE FINAL LIST
If you tally the ballots using the Oscars’ system to get a Top 10 list, here’s what you get, with only the first seven films qualifying for nominations:

There’s not a big difference between the list that’s produced by using the Academy’s ranked-choice system or by doing what Metacritic did, and giving different point scores to No. 1, No. 2 and No. 3-10 rankings. Under the Oscars-style system, “Uncut Gems” jumped ahead of “Marriage Story”; “Pain and Glory” went up two spots from No. 8 to No. 6; “Portrait of a Lady on Fire” slipped down one spot; “Knives Out” rose two spots; and “Little Women” dropped by two. But the biggest change came at the bottom of the list, where “Transit” finished 10th in the ranked-choice count when it had been No. 16 in a weighted count. “The Farewell,” on the other hand, dropped from No. 9 under weighted to No. 13 under ranked choice.

WHAT DOES IT MEAN?
One big takeaway: The seven films that got nominated under the Oscars system were the same seven that led after the initial count. With only one round of surplus allocation and then one round of redistribution, the Best Picture system simply does not allow a film enough time to move up the leader board in subsequent rounds. To get a nomination, you need those No. 1 votes to get you off to a good start.

(It’s far easier to move up in other categories, where the redistribution continues round after round.)

In addition, most of the nominees got the majority of the points they needed from those first-place votes. “Parasite” and “Once Upon a Time … in Hollywood,” of course, made it in the first round completely on the strength of No. 1 votes, while “The Irishman” and “Uncut Gems” picked up 80% and 75% of what they needed from those votes, and the rest from the surplus-round redistribution.

At any rate, that’s how the Oscars’ Best Picture count works, and how it worked with a very different group of voters.

We won’t see this kind of blow-by-blow account of how it works with PwC does it with the Oscar ballots after they’re all turned in, but at least we’ll see the results on the morning of Jan. 13.