Everyone loves a good dog movie, and if you add Channing Tatum, it’s a must watch. In “Dog,” the actor takes his skill set to a new kind of story, the bond developed between a man and his dog, based on his own experience with his late dog Lulu.

First thing’s first: No, the dog does not die in the “Dog” movie. And second, here’s where and how you can watch the new film.

When Does “Dog” Come Out? 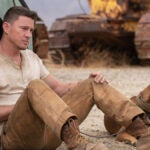 “Dog” is not currently available for streaming and streaming plans haven’t yet been announced. Right now, the only way to see the film is in theaters. Check your local listings.

What Is “Dog” About?

Channing Tatum’s character Briggs gets called in to drive an army ranger companion dog Lulu to the funeral of her former owner Nuke. At first, Briggs and Lulu don’t exactly get along, but on the road trip, they begin to understand each other, and at stops they make along the way, people bring out the better sides of both man and animal. 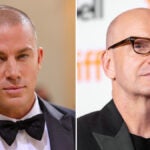 What Are Some Other Movies About Dogs Where the Dog Doesn’t Die?

We have an entire list of dog movies to watch with a happy ending, which you can read right here.