Organized in 1967 and debuting August 13 of that same year, the National Association for the Advancement of Colored People Image Awards show came to be thanks to Maggie Hathaway, Sammy Davis Jr. and Willis Edwards. These three activists came together through the NAACP Beverly Hills-Hollywood branch to set the precedent for the now annual ceremony.

The mission of the awards is “to honor outstanding black actors, actresses, writers, producers, directors, and recognize those working in Hollywood who supported those artists.” The scope has developed across African American communities and cultures.

There are 54 awards across the categories of film, television, literature and music. There are also several honorary awards. Voting rights remain with NAACP members.

Many may be wondering how to watch the upcoming 53rd ceremony, and the info can be found below: 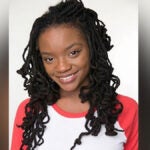 When Are the 53rd NAACP Image Awards?

Award nominees were announced January 18, and the winners will be revealed during the two-hour Live TV special, which will be hosted by seven-time NAACP Image Awards Winner Anthony Anderson, airing Saturday, February 26th, 2022 8/7c on BET (Black Entertainment Television).

Will the 53rd NAACP Image Awards Be Streaming?

The awards ceremonies in the past have been available to stream on fuboTV. Non-televised award categories will be announced February 21-25 at 8 pm ET/5 pm PT on naacpimageawards.net and the NAACP Image Awards YouTube channel.

Who Will Be at the 53rd NAACP Image Awards? 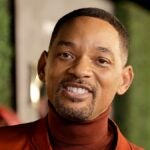 Where Can I Stream Other Black Stories?

Hulu has shows available for on-demand viewing like “Women of the Movement,” “Abbott Elementary,” “The Wonder Years,” narrated by Don Cheadle as well as films about Billie Holiday (“The United States vs. Billie Holiday”) and Toni Morrison (“Toni Morrison: The Pieces That I Am”).

Netflix is currently rolling out “jeen-yuhs: A Kanye Trilogy,” and they also have “When They See Us,” “13th,” “Colin in Black and White,” and “Becoming” inspired by Michelle Obama’s autobiography.

HBO also holds shows like “Watchmen,” Issa Rae’s “Insecure,” and Michaela Cole’s “I May Destroy You.”

Disney+ has shows like “Blackish,” and “Grownish” and films like Questlove’s “Summer of Soul,” Marvel’s “Black Panther” and Beyoncé’s “Black Is King.”