Following last year’s virtual ceremony, the Screen Actors Guild (SAG) Awards is set to return to its regularly scheduled in-person programming for its 28th year. Winners in 15 categories spanning both television and film will be determined by SAG-AFRTRA’s membership.

The ceremony tends to be an early indicator of outcomes at the Academy Awards, so it’s no surprise that this year’s nominees have a lot of crossover. Lady Gaga, who was notably snubbed by the Academy for her lead performance in “House of Gucci,” is up for Best Actress, as are Supporting Actress snubbees Ruth Negga (“Passing”) and Caitríona Balfe (“Belfast”). “Belfast,” “CODA,” “Don’t Look Up,” “House of Gucci” and “King Richard” are the nominees for Outstanding Performance by a Cast in a Motion Picture. 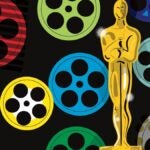 On the TV side, many familiar critical darlings are in contention, such as “Hacks,” “Mare of Eastown,” “Ted Lasso,” “Succession” and “The Handmaid’s Tale.” “Squid Game” made history as the first Korean and first non-English language series to score SAG nominations, and “Yellowstone” finally landed its first nod after being on the air for four seasons.

The stunt categories are a tight race between Marvel blockbusters and action epics on the film side, while series like “Squid Game,” “The Falcon and the Winter Soldier” and “Cobra Kai” facing off for the TV prize.

Whether you want to tune in for the red carpet fashion or for all the stars who will be presenting and receiving awards, here’s everything you need to know about the 2022 SAG Awards and how to watch them. 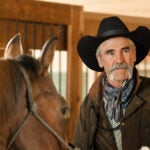 When Are the SAG Awards?

Where Can You Watch the SAG Awards Live?

Are the SAG Awards Streaming?

Yes, but not live. For the first time, you can watch the entire ceremony the next day on HBO Max. 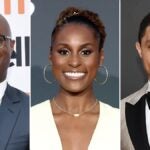 Who Is Hosting the SAG Awards?

The show won’t have a host for the third year in a row. However, “Hamilton” stars Lin-Manuel Miranda, Daveed Diggs and Leslie Odom Jr. will open the ceremony.