With “Thirteen Lives,” Ron Howard delivers his cinematic interpretation of the story of the stranded Thai soccer team that commanded the world’s attention in the early summer of 2018. Howard’s film joins other projects — including the 2021 National Geographic documentary “The Rescue” and Netflix’s upcoming limited series “Thai Cave Rescue” — that covered the incredible true story of the skilled divers that rescued the team.

For fans of Ron Howard or those still fascinated by the suspenseful true story, here’s how to watch “Thirteen Lives”: 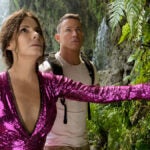 When Does “Thirteen Lives” Premiere?

After a small opening in select theaters July 29, “Thirteen Lives” will release globally on Aug. 5.

Will “Thirteen Lives” Be Streaming?

The film will launch exclusively on Prime Video.

What is “Thirteen Lives” About?

Just as the events unfolded in June 2018, the story starts as an after-practice adventure for a Thai soccer team and their coach. The group includes the coach, who took his team — the Wild Boars — to the Tham Lung cave complex after visiting one other time himself, and twelve teammates ages 11-16. Monsoon season was just starting, and an unexpected rainstorm floods the tunnel system in the caves, trapping the team and their coach. What was planned to be a quick excursion turned into two weeks of being stuck underground. British divers joined Thai forces and more than 10,000 volunteers an ever-expanding search for the thirteen stranded people, and their efforts result in an incredible ending that could very well not have happened. 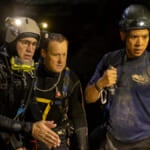 Who Is in “Thirteen Lives”?