Disney Channel’s early aughts dominance in the zeitgeist is unmatched: From original movie nights to after-school reruns, the flagship property is near and dear to a significant portion of Gen Z-ers.

Now, Disney+’s “High School Musical: The Musical: The Series” Season 3 is overtly tapping into that nostalgia. Taking its name from the film franchise that launched the respective careers of its leads Vanessa Hudgens and Zac Efron, the junior installment leans even more heavily into the properties that color its narratives than in earlier seasons, even featuring guest roles for “Hannah Montana” alum Jason Earles (who plays the grouchy Camp Shallow Lake director Dewey) and OG “HSM” star Corbin Bleu (as a heightened, “jerk-ier” version of himself).

It’s a dynamic that Earles describes as “meta and bizarre,” reminiscent of the Channel’s early crossover episodes for its staple series, like “That’s So Suite Life of Hannah Montana.”

“Literally every time Corbin and I were sharing scenes, we would finish a take and then we would just look at each other and be like, ‘This is the weirdest thing ever, what are we doing?’” he joked. 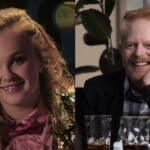 The new season of “HSMTMTS,” which premiered July 27, picks up as the Wildcats undertake a “high-stakes” production of “Frozen” at a Southern California sleepaway camp. As always, there’s the usual set of romance and drama, all set against the backdrop of the great outdoors.

Speaking to TheWrap at the Season 3 premiere, held on Burbank’s Walt Disney Studios Lot, Bleu — who had been involved with the series in earlier seasons off-screen — said creator Tim Federle was instrumental in getting his head back in the game.

“He really made me so comfortable and a part of the process to be able to feel comfortable coming back to the franchise,” Bleu said. “I’d always say, if I was ever to come back it’d have to be under the right circumstances and he created that perfectly.” (Bleu chatted with and posed alongside his former “HSM” co-star Monique Coleman at the premiere. Asked if the latter would return to the franchise in a given role, Bleu replied, “I hope so.”)

Earles, who has been serving as an acting coach to the ensemble cast since Season 1, said the stars have long been joking about having him included in front of the camera. “They were like, ‘It would be funny if you were like the janitor pushing the garbage can in the background,’” he explained.

Ultimately, the actor said he wanted to take on a role that was more substantial: “The tone [for Dewey] is right up my alley and I get to share the screen with some of my favorite kids,” Earles said.

Adding to the winky tone of the series, Earles said Season 3 pokes fun at the Disney-sized elephant in the room.

“What’s really bizarre is there’s scenes where Corbin’s obviously playing Corbin and I’m playing Dewey, but Corbin knows Jason Earles in real life,” he told TheWrap. “We lean into that a little bit. I think everyone that was a fan of the old shows will appreciate some of the stuff we throw in.”

Speaking to the off-set dynamic between himself and Bleu, Earles said it was fun to “goof off and reminisce and share stories” from years past. In another meta turn, he joked that the cast, in turn, enjoyed observing the real-life crossover. 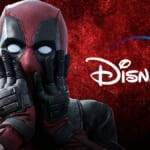 Also Read:
Why Disney+ Has Embraced R-Rated Movies – Even If Parents Don’t Like It | Analysis
x