The new season, which premieres July 27, picks up as the Wildcats undertake a “high-stakes” production of “Frozen” at a sleepaway camp called Camp Shallow Lake — under the direction of OG “High School Musical” star Corbin Bleu. As always, there’s plenty of romance and drama, all set against the backdrop of the great outdoors.

Ferguson is set to portray Marvin, an old family friend of Nini’s (Olivia Rodrigo). Meanwhile, Siwa will play Madison, a camp alum. The former is fresh off of his Tony Award win for starring in the revival of Richard Greenberg’s queer baseball play “Take Me Out.” Siwa, who is a social media star and singer-entrepreneur, is currently serving as a judge for Season 17 of “So You Think You Can Dance.” 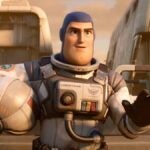 Also Read:
How to Watch ‘Lightyear’: When Is the New Pixar Movie Streaming on Disney+?

Created and executive produced by Tim Federle (“Better Nate Than Ever”), this season will feature music from “Frozen,” “Camp Rock” and the “High School Musical” movies. “HSMTMTS” was recently renewed for a fourth season. 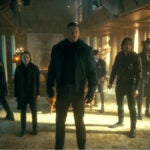