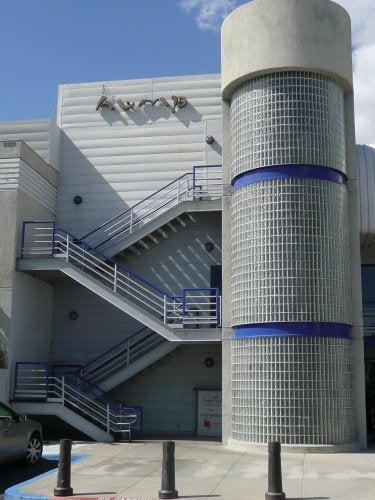 The V.I.P. sushi joint copped to serving up endangered whale this afternoon on its website.

In an apology to customers and the public, the restuarant acknowledged that the charges brought against it last week by federal prosecutors were true and pledged to put new procedures in place to help it comply with the law.

"The charge against the restaurant is true: The Hump served whale meat to customers looking to eat what in Japan is widely served as a delicacy," the statement reads. "In serving this meat, The Hump ignored its responsibilities to help save endangered whales from extinction and failed to support the world community in its uphill fight to protect all endangered species."

It could be another victory for Oscar-winning "The Cove."

Federal prosecutors are charging the Hump, a Santa Monica sushi restaurant, and one its chefs with selling Sei whale meat, a spokesman for the U.S. Attorney’s Office announced Wednesday.

The charges follow an elaborate sting operation orchestrated by the makers of the documentary.

Secret video in the restaurant and testing by specialists following a search warrant that was executed at the restaurant last Friday found that meat from an endangered Sei whale was being served illegally.

Sei whales are listed as an endangered species, and the sale of all whale meat is prohibited in the United States by the Marine Mammal Protection Act.

The complaint names Typhoon Restaurant, Inc. — the parent company of the Hump restaurant — and Kiyoshiro Yamamoto, a 45-year-old chef from Culver City.

The misdemeanor offense carries a maximum penalty of one year in federal prison and a  fine of $100,000 for an individual and $200,000 for an organization.

The investigation into The Hump and Yamamoto was conducted by the National Oceanic and Atmospheric Administration’s law enforcement office, and dates back to October. In addition to the video filmed by "The Cove" crew, the complaint also cites receipts given to customers at The Hump indicating that they had purchased “whale.”

“Someone should not be able to walk into a restaurant and order a plate of an endangered species,” United States Attorney André Birotte Jr. said in a statement “People should be aware that we will use these criminal statutes where appropriate to protect endangered species, including to ensure that they do not end up part of a meal.”

The Hump and Yamamoto can expect a court summons in the coming weeks, the U.S. Attorney’s office said.

And that’s not the only problem facing the beleaguered restaurant. The Hump could lose both its business license and its longtime perch adjacent to the Santa Monica Airport.

Secret video in the restaurant and testing by specialists found that meat from an endangered Sei whale was being served illegally.

At a public meeting Tuesday night, the Santa Monica city council and City Attorney Marsha Moutrie pledged to examine legal avenues available to them to force the Hump out if the charges turn out to be true — a process which could drag on for months.

The restaurant, which resides on city-owned property, is currently in lease negotiations — a process that had begun before the whale meat issue. That means the clock for the Hump’s ouster — along with its sister restaurant, Typhoon, could spin forward substantially.

"It looks like with respect to the lease, like a whale jumping out of the water, it’s a breach," Santa Monica City Councilman Kevin McKeown told TheWrap. (Brian Vidor, owner of the two restaurants, declined calls for comment, citing the ongoing investigation.)

At the council meeting, members heard testimony from environmentalist Mark Gold, president of the local conservation group Heal the Bay, who urged the council to pull the restaurant’s lease.

"People are outraged, aside from serving humans, there’s nothing as bad as serving the meat of an endangered whale," Gold later told TheWrap. "If this is happening in Santa Monica, the green capital of the world, than it’s just the tip of the iceberg."

Ironically, Gold’s brother Jonathan is restaurant critic for the L.A. Weekly — and is known for his advocacy of exotic foods.