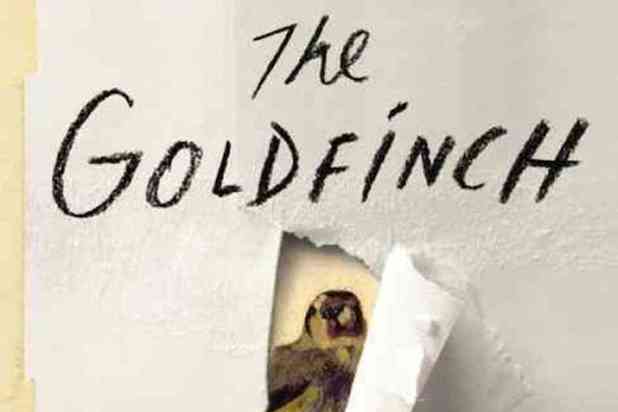 Nina Jacobson and her colleagues at Color Force have attached themselves to produce an adaptation of the “The Goldfinch,” Donna Tartt’s best-selling novel that the New York Times Book Review called one of the 10 best of 2013.

ICM Partners, which represents Tartt, brought the novel to Color Force, the production company that helped turn “The Hunger Games” book series into one of the most successful film franchises of all time.

Far broader in scope than those young adult novels, it remains unclear what form the adaptation will take. They would like to find a filmmaker first.

“We are looking for the right filmmaker, and then we’ll choose the right home based on that filmmaker,” Jacobson told TheWrap. “We’ve been thinking we are more likely to make a limited series for TV. There’s so much scope to the book. At the same time, a filmmaker could come in with a perspective that changes our mind.”

“The Goldfinch” has been one of the most popular books in the U.S. and U.K. since its debut last fall, and is still second on the New York Times best-seller list.

The sprawling, Dickensian story centers on a young boy who loses his mother in a bombing at the Metropolitan Museum of Art. He survives the explosion and absconds with Fabritius’ painting, “The Goldfinch.” The story then follows him as a rich, Upper East Side family takes him in and he later reunites with his father — an alcoholic, gambling addict who takes him to Las Vegas.

Jacobson is on-set in Atlanta right now producing the final two “Hunger Games” installments, “Mockingjay 1 & 2.” The production of those blockbusters has not prevented her, partner Brad Simpson and production SVP Bryan Unkeless from searching for someone to oversee this new adaptation.

“With a piece of material this great, there are a lot of conversations to be had,” Jacobson said, declining to go into specifics about the filmmakers with whom they have discussed the book.

Color Force and ICM, which represents Tartt, have had informal discussions with potential movie and TV studios about adapting the project. If they decided to make a movie instead of a miniseries, Lionsgate, which distributed “The Hunger Games,” would seem like a potential home. Yet Jacobson said the project would go to whomever wanted it most.

“We’re the lucky ones,” Jacobson said. “It’s very unusual to have interested financiers but try and hold them at bay.”