Ice Cube says he lost a prime starring role, along with a $9 million paycheck, over his refusal to get the COVID vaccine.

The musician/actor made the statements Tuesday on the “Million Dollaz Worth Of Game” podcast, remarking that he had given up a starring role alongside Jack Black in an intended-for-theaters Sony comedy over his unwillingness to get the shot. 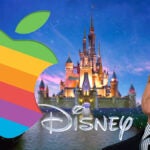 The film, “Oh Hell No,” was to be directed by “Bad Trip” filmmaker Kitao Sakurai and came with a producer-specific mandate that all participants be vaccinated in order to participate. Black was to play Sherman, a man who falls for the mother of his longtime friend Will (played by Cube), which causes comedic conflicts in their relationship.

The film was to be penned by Scot Armstrong, Tracy Oliver, Jessica Gao and Rodney Rothman. Reports initially surfaced in mid-Oct. 2021 that Cube had been dropped from the film, intended to be shot in Hawaii, specifically due to his refusal.

“Oh Hell No” was initially intended to open on June 17, 2022, before being removed from the schedule on February 18, 2022, with no further updates as to the picture’s eventual fate. 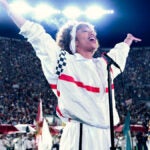 Also Read:
Whitney Houston Sings What She Wants to Sing in ‘I Wanna Dance With Somebody’ Trailer (Video)

Watch Ice Cube’s full appearance on the podcast at the top of this file. The comments related to the COVID shot and Cube’s refusal to receive it begin at around the 71-minute mark.