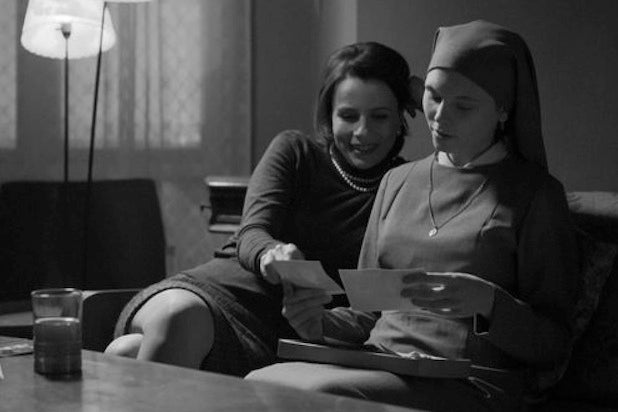 The black-and-white Polish film “Ida” dominated the European Film Awards on Saturday night in Latvia, winning the best-film award and also taking honors for its director, Pawel Pawlikowski, and its screenplay and cinematography.

Timothy Spall was named Best European Actor for his performance in Mike Leigh’s “Mr. Turner,” while the European Actress award went to Marion Cotillard for “Two Days, One Night.”

The award for the best European comedy went to “The Mafia Only Kills in the Summer.”

The last two European Film Award winners were “The Great Beauty” and “Amour,” both of which went on to win the Oscar for Best Foreign Language Film. But the two awards have only coincided three other times in the EFA’s 26-year history, with the Europeans often giving their top honor to English-language films (“The Ghost Writer,” “The Full Monty”) or Oscar also-rans (“The White Ribbon,” “Gomorrah,” “4 Months, 3 Weeks and 2 Days”).

The ceremony, which rotates between European cities each year, was held at the Latvian National Oscar House in Riga.