FX has shared the first teaser for the upcoming third season of “American Crime Story,” which will delve into the story of Monica Lewinsky’s time as a White House intern.

The short clip shows Lewinsky — played by “Booksmart” star Beanie Feldstein — making her way to the Oval Office to deliver a gift to “Bill” as ominous music plays in the background. “The president of the United States had a secret affair with a 22-year-old intern,” the on-screen text reminds viewers. 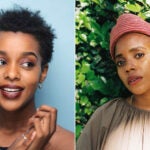