The project, which counts Darren Aronofsky and “The Americans” duo Joe Weisberg and Joel Fields among its executive producers, is set to begin production in September. Newcomer Mallori Johnson has been cast in the lead role of Dana, a young Black woman and aspiring writer in Los Angeles who is violently pulled back and forth in time to a 19th-century plantation.

Bravo will direct the pilot and executive produce, re-teaming with FX after previously directing episodes of “Atlanta” and “Mrs. America.” 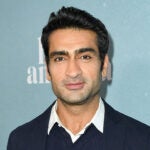 “I first read Kindred 20 years ago,” Bravo said in a statement. “I was in college. I hadn’t ever seen myself in a world like that. And certainly not at its center. What might seem like only a portrait of an invisible woman is also a potent embrace of our relationship to history and how it can bring us closer to our future. After what felt like losing over a year of the life I had come to know so well, an opportunity to direct an adaptation of this specific text was a win. On top of that getting to partner with Branden is something I’d been wanting for quite some time.”

“Watchmen” vet Branden Jacobs-Jenkins is writer and executive producer on the pilot, alongside Aronofsky, Courtney Lee-Mitchell and Ari Handel of Protozoa Pictures, Weisberg, Fields, Ernestine Walker, Merrilee Heifetz and Bravo. The pilot is being produced by FX Productions.