The somewhat frazzled plot of “Independence Day: Resurgence,” 2016’s big budget sequel to 1996’s seminal summer classic, was a consequence of hastily rewriting the script when Will Smith abruptly dropped out of the film, director Roland Emmerich recently revealed to TheWrap.

There are undoubtedly some impressive set pieces (including a sequence that features a kaiju-sized version of the classic “Independence Day” alien) in the film and Jeff Goldblum, taking center stage, unleashes all his Goldblumian eccentricities to great effect. But there was definitely something missing. And Emmerich agrees.

While speaking to the filmmaker about his new movie “Moonfall” (out everywhere tomorrow), Emmerich talked about the problems he faced while putting “Independence Day: Resurgence” together and how he soldiered on more out of financial obligation than creative exploration.

According to Emmerich, they found themselves in quite a jam when Will Smith, who really entered the movie star realm with the first film, decided to drop out at the last minute (reportedly to star in “Suicide Squad” instead). 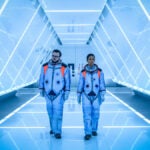 “I’m proud of ‘Independence Day: Resurgence’ but we had one problem: Will Smith decided while we were preparing, to drop out. That was a huge, huge blow to me,” Emmerich said.

What made things even more difficult was the fact that pre-production on the movie was in full swing, leaving Emmerich in a precarious position. “At that point I had to decide, should I keep going or not?” Emmerich said. “I realized we had spent $10 or 12 million and you don’t drop out easily.”

Undeterred, he regrouped and wrote an entirely new script. “I got two young writers and we locked ourselves in my New York apartment, because one couldn’t leave New York, he had a TV show there. And we wrote a new script in two weeks,” Emmerich said. “We had to. There were daily calls from [Fox president] Emma Watts at that time.”

It’s impressive that Emmerich was able to finish the movie at all, that it was so guiltily enjoyable, and that it wound up making nearly $400 million worldwide. Just imagine how much it would have made if Will Smith had agreed to do the movie with the original version of the script.