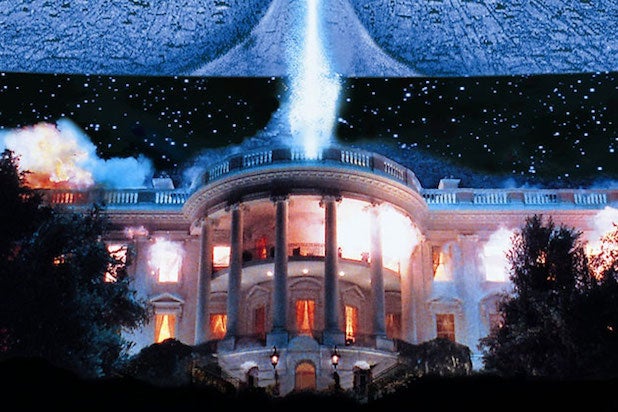 James Vanderbilt wrote the first draft of the film, which Emmerich is producing with Dean Devlin and Harald Kloser.

Also read: Will Smith Not Returning for ‘Independence Day’ Sequel

Emmerich had hoped Will Smith would reprise his star-making role but Smith is not expected to return for the sequel, which Fox will release on July 1, 2016.

Blanchard’s rewrite will likely address Smith’s absence and introduce new heroes to battle aliens. It’s possible that one of those new characters will be Smith’s son, with Fox courting Michael B. Jordan for the role.

Emmerich is currently prepping the gay rights drama “Stonewall,” though he remains closely involved in the development of the “ID4” sequel.

Fox is already high on Blanchard, who is adapting Mark Millar’s “Kindergarten Heroes” for the studio. He previously wrote “Spy Hunter” for Warner Bros. and “Glimmer” for DreamWorks, whose Steven Spielberg called the writer to seal the big-bucks spec deal.

Blanchard is represented by Paradigm and Madhouse Entertainment.