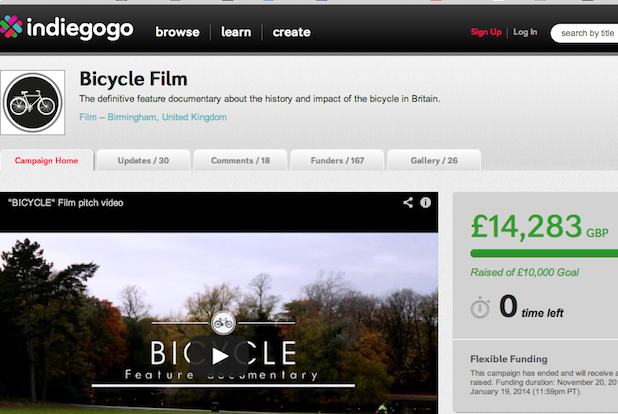 Indiegogo has partnered with Yekra and VHX to offer filmmakers who use the crowdfunding service a discount on the self-distribution platforms to help their films get seen.

“Indiegogo is the go-to crowdfunding source for independent filmmakers, and we’re excited to join forces with them,” Lee Waterworth, CEO of Yekra, said in a statement to TheWrap. “Each of our companies strive to bring the work of these passionate and committed artists to life and to help them reach as broad an audience as possible, so our coming together on this was truly a no-brainer.”

Yekra and VHX are two of several companies who have entered the digital distribution game promising filmmakers an alternative distribution outlet. While some are online stores, Yekra and VHX aim to make movies available in as many different places as possible.

Yekra has its own video player, which filmmakers can use to offer their movies across the web for rent or purchase. VHX has worked with the likes of Aziz Ansari and YouTube star Grace Helbig to sell movies from their own websites. It supports both streams and downloads, and powered the streaming of the Sundance premiere of the Roger Ebert documentary “Life Itself” for those who contributed to the crowdfunding campaign.

Filmmakers also get a heftier cut of sales than they would get from a studio.

Crowdfunding has revolutionized the way many filmmakers raise money, identifying an audience early on and retaining creative control. Several movies screenings at this year’s Sundance Film Festival raised money on Kickstarter or Indiegogo. However, it has been hard for those people that aren’t Zach Braff or Freddie Wong to figure out what to do with their films. Most projects fail to reach their goal, and even those that do must then find someone interested in releasing it. That’s where this deal comes in.

“The barriers for filmmakers to have their projects seen can be significant, and this partnership will help them to maximize their films’ overall impact,” Marc Hofstatter, Vertical Director of Film at Indiegogo said in a statement.”

Here’s what Yekra and VHX are offering crowdfunders: