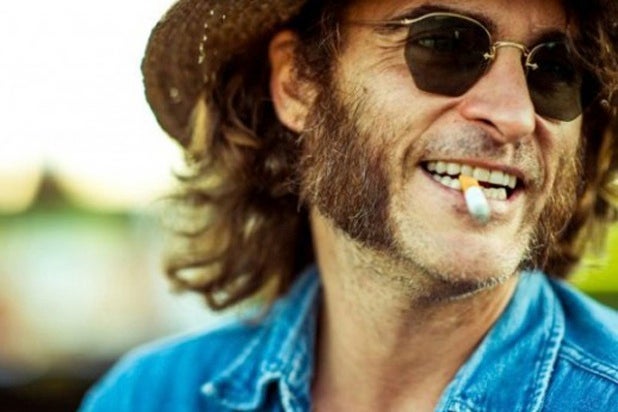 “Gone Girl,” “The Imitation Game,” “Inherent Vice,” “The Theory of Everything” and “Wild” have been nominated for the USC Libraries Scripter Award, an honor that goes to both the writer of an adapted screenplay and the author of the original work on which the script was based.

That means that reclusive author Thomas Pynchon, who wrote the the original novel “Inherent Vice,” is nominated alongside writer-director Paul Thomas Anderson — though no doubt Pynchon is less likely to attend the awards ceremony on Saturday, Jan. 31 in the Edward L. Doheny Memorial Library on the USC campus.

Of the five nominated films, only one, “Gone Girl,” has the same original author and screenwriter, Gillian Flynn.

The nominations include most of the top contenders for Oscar nominations in the Best Adapted Screenplay category, though those also include “American Sniper,” “Unbroken” and “The Fault in Our Stars.”

The Scripter Awards was established in 1988, with previous winners including “12 Years a Slave,” “The Social Network,” “A Beautiful Mind” and “The English Patient.”

The Theory of Everything” — author  Jane Hawking for “Travelling To Infinity: My Life With Stephen,” and screenwriter Anthony McCarten

Wild” – author Cheryl Strayed for “Wild: From Lost to Found on the Pacific Crest Trail,” and screenwriter Nick Hornby