In 2020, French entrepreneurs Alexis Barreyat and Kévin Perreau launched the photo-sharing app BeReal with the goal that people would use it the way social media apps were originally intended: to connect with friends and family without worrying about followers, likes and filters. The idea was simple: Snap a photo. Be your true self. Be real.

What started as a tool for Gen Z to keep in touch “authentically” has since skyrocketed into one of the fastest-growing social media platform of 2022, second only to TikTok.

BeReal has shot from 10,000 daily active users in March 2021 to more than 15 million today — helping to snag the company a $600 million valuation, according to the Financial Times. Though CEO Barreyat, who previously worked in media production at GoPro, keeps a low profile, turning down interviews with the press (including TheWrap), that hasn’t stopped the company from permeating pop culture. Recently, an “SNL” sketch featured a bank robber who botches his own in-progress crime when his BeReal app tells him it’s time to post. 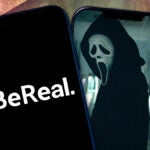 BeReal prompts users to, yes, “be real” at an unknown time each day: “Time to BeReal: 2 min left to capture a BeReal and see what your friends are up to!” Users have two minutes to take and post an image from both the front-facing and back-facing camera. Anything shared after those 120 seconds will bare the stigma of being “late.” Instead of followers, BeReal limits private interactions to “friends” who allow each other to see their posts. Unlike other popular social media apps, it’s hard to put a filter on shared images, since BeReal even reveals how many times a user retakes their photo.

The app’s reported 315% increase in usage in 2022 and a 1,000% uptick in downloads (it was No. 1 in Apple’s app store in July) haven’t gone unnoticed by TikTok and Instagram: Both recently launched features similar to BeReal’s two-sided look and overall “authenticity” vibe.

As for whether or not BeReal can become as valued a marketing tool in Hollywood as its social media competitors, most studios are taking a wait-and-see approach. Spontaneity is, after all, anathema to meticulously planned publicity campaigns. For now, only Paramount has jumped into the fray, using BeReal to promote next year’s “Scream 6” by teasing cast members, locations and plot lines. (In a case of extreme meta irony, the BeReal “Scream” teasers were reposted on TikTok.)

Will other studios follow? We’ll have to wait more than two minutes to find out. 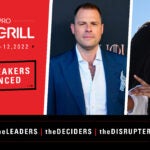