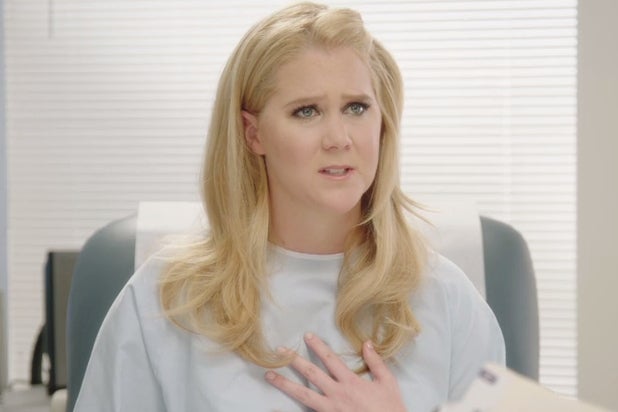 For a minute there, it looked like we lost “Inside Amy Schumer.” That would have been devastating for sketch comedy fans — but not as bad as it could have been for Comedy Central.

After all, the Viacom cable channel has had a tough time keeping much of its biggest talent lately. That’s not to say that everyone is heading for the hills — much of Comedy Central’s best programming had simply matured enough to reach a natural end. Or perhaps it was too good, creating better opportunities for some of the funniest people on TV.

Of course, that silver lining’s not universal. Larry Wilmore’s “Nightly Show” was good, but it’ll officially be thrown on a trash heap tonight due to lackluster TV ratings and viewer engagement. That too happens in Hollywood. A lot.

Also Read: Amy Schumer: Comedy Central Show Is Not Over

In addition to Wilmore — whom TheWrap is told has nothing else currently in development at Comedy Central — the Viacom network has recently lost Stephen Colbert, Jon Stewart, Keegan-Michael Key and Jordan Peele, John Oliver, and real-life married couple Samantha Bee and Jason Jones.

Plus, no matter what the basic cable net tells you, Trevor Noah isn’t killing it. The “The Daily Show’s” new host may be doing better, and millennials particularly seem to dig him — but he’s no Stewart. To be fair to Noah, neither are most comics, and like him or not, the franchise has made him a current face of Comedy Central, along with Schumer and Daniel Tosh.

And soon, Noah will serve as a lead-in to Chris Hardwick’s “@midnight” which is moving up to the “Nightly Show” hole at 11:30 p.m. That means actual midnight will house a primetime rerun. None of this helps the state of the union over there.

Also Read: 5 Amy Schumer Revelations From Comedian's New Memoir, 'The Girl With the Lower Back Tattoo'

The recent turnover at Comedy Central hasn’t been limited to talent either: Michele Ganeless was replaced by Kent Alterman as channel president in May.

Meanwhile, even higher up, parent-company Viacom itself is a total disaster at the tippy top, as Chairmain/CEO Philippe Dauman has spent months embroiled in a nasty court battle just to keep his job. To make matters more dramatic, he’s battling former mentor Sumner Redstone, an aging media mogul whose mental competency and other private business is now highly public. The ongoing saga has caused Viacom more than its fair share of embarrassing news stories, including on this website.

The optics of all of this might have been better were Viacom performing well financially. It is not. VIAB’s stock price has basically halved over the past two years — this, after a nice, steady climb following the 2008 market collapse. So no one’s happy, all the way down to the most minor of shareholders.

Let’s now dissect those numbers: Schumer is currently sitting at 2.6 million Facebook likes and 4.2 million Twitter followers. Noah does a bit better on those platforms, but Schumer crushes him on Instagram, with five million followers compared with fewer than one million for Noah. We should probably mention that Daniel Tosh destroys both of them combined on Twitter, his platform of choice.

But Schumer also pays off in cache. In addition to sketch and stand-up comedy, she’s a movie star and now an author. Schumer’s also got some trophies on her mantel; “Inside Amy Schumer” has won two Primetime Emmy Awards and is nominated for four more this season. Comedy Central doesn’t have many more opportunities left inside those coveted envelopes.

“The Daily Show With Jon Stewart” won three of its four Emmy chances last year, and 23 overall — Noah’s version wasn’t nominated in any category this season. For what it’s worth, “The Colbert Report” had won seven Emmys over its run; “Nightly” didn’t carry on that 11:30 p.m. tradition.

The now-done “Key and Peele” was nominated a number of times, but never actually won an Emmy. “Tosh.0” simply isn’t that kind of show. “@midnight” actually took one home last year for Outstanding Creative Achievement in Interactive Media – Social TV Experience, which kind of sounds like a category created specifically for that series. Additionally, there have been no Academy nods yet for newer Comedy Central female-skewing series “Broad City,” “Another Period,” “Not Safe With Nikki Glazer” and “Idiotsitter.”

So how bad would it have been if Schumer’s cryptic tweets meant “Inside Amy Schumer” was truly gone for good? It could have been a total “Trainwreck.” (See what we did there?)