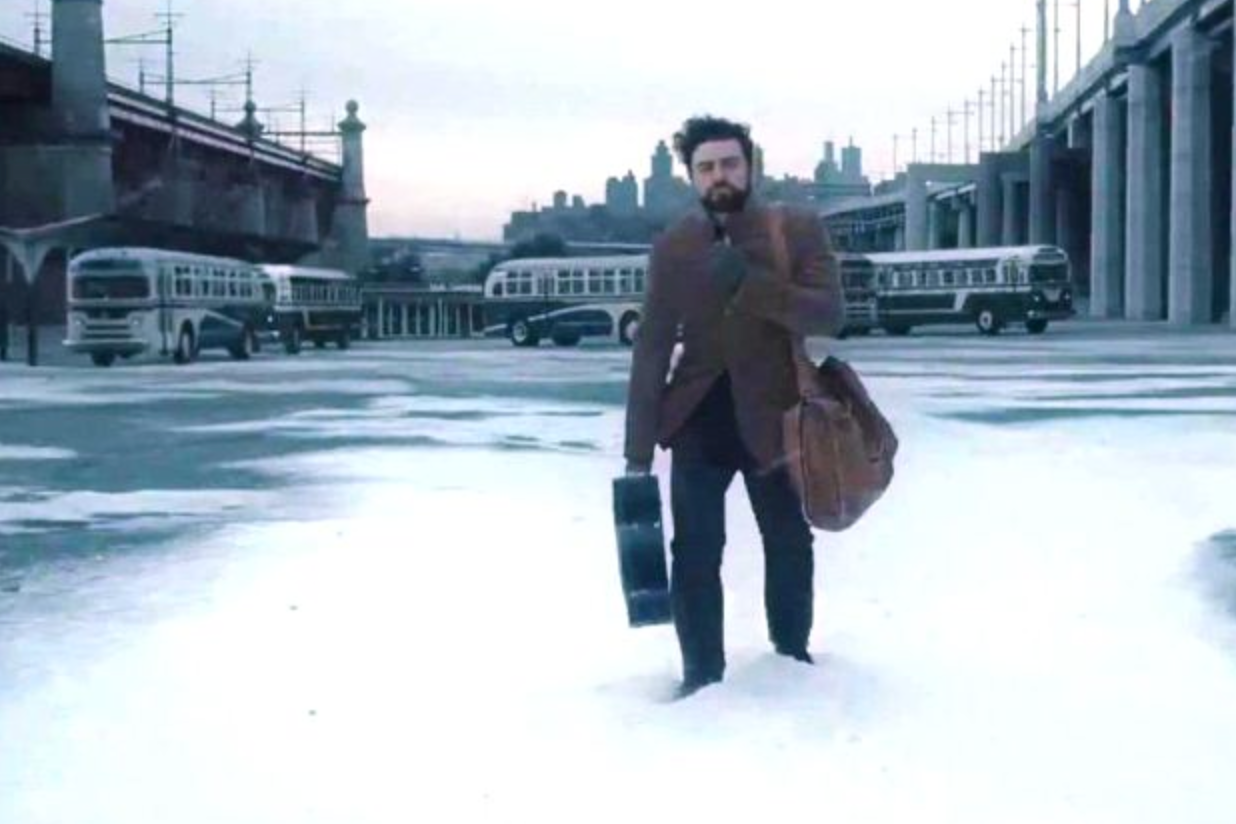 The National Society of Film Critics traveled back to the 1960s on Saturday, naming “Inside Llewyn Davis” the best film of the year, while also handing out awards for its direction, cinematography and the lead performance of Oscar Issac.

It’s a shot in the arm for the Coen Brothers and their look at the Greenwich Village folk scene after a week that saw the CBS Films drama passed over by both the Producers Guild and the Writers Guild of America.

The film is a darkly humorous depiction of a destitute and emotionally crippled performer (Issac) — it’s acidic stuff that isn’t for all tastes, although critics have largely embraced the picture.

In other categories, the National Society of Film Critics named Cate Blanchett as its Best Actress for her work as a mentally disturbed trophy wife in “Blue Jasmine.” Supporting honors were handed out to James Franco for his performance as a drug and firearms dealer in “Spring Breakers” and to Jennifer Lawrence for channeling a bored New Jersey housewife in “American Hustle.”

Other films honored include “Before Midnight” for its screenplay and the controversial, sexually charged “Blue Is the Warmest Color” as the year’s best foreign-language film. Best documentary was a tie between “The Act of Killing,” a look at Indonesian death squads, and “At Berkeley,” an in-depth chronicle of the daily workings of the famous public university.

The National Society of Film Critics was co-founded in 1966 by Hollis Alpert, Pauline Kael, Joe Morgenstern and Richard Schickel, the last two of whom are still members. It is made up of roughly 60 critics from around the country, most from significant publications. It began handing out awards the year it was formed.

The organization is often more adventurous than other critics’ groups in its awards. Although it went with the critical consensus in 2009 and 2010, when it gave its top award to “The Hurt Locker” and “The Social Network,” its last two winners – Lars von Trier’s “Melancholia” and Michael Haneke’s “Amour” – have been relatively daring choices.

More often, the group goes for a film that is far artier than the Academy’s choice: “Amour” instead of “Argo,” “Melancholia” instead of “The Artist,” “Waltz With Bashir” instead of “Slumdog Millionaire.” (Its first award went to Michaelangelo Antonioni’s “Blow-Up” over that year’s Oscar winner, “A Man for All Seasons.”)

Foreign-language film: “Blue Is the Warmest Color”
Runners-up: “A Touch of Sin”; “The Great Beauty”

Nonfiction: “The Act of Killing” and “At Berkeley”
Runner-up: “Leviathan”

For the record: An earlier version of this post misspelled Oscar Isaac’s last name as Isaacs.