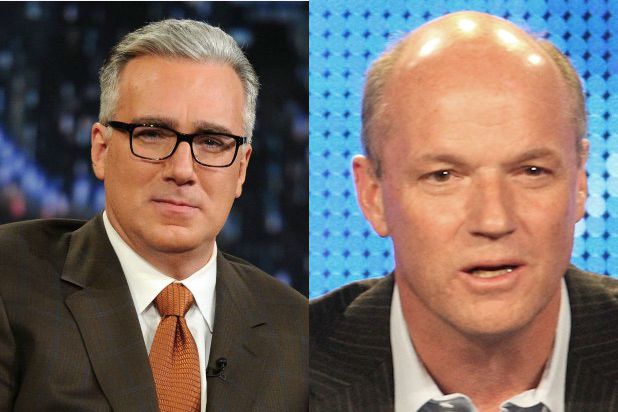 “They were asked about Keith, and Phil said he hasn’t spoken to him,” a network insider told TheWrap. “Of course (NBC News/MSNBC Chairman Andrew) Lack stayed out of that question.”

Rumors of Olbermann’s return to the network at which he once starred began shortly after the anchor’s recent exit from ESPN, which didn’t renew his contract.

As TheWrap reported, an Olbermann return seems unlikely being that he’s infamous for being difficult to work with and doesn’t seem like a fit with MSNBC’s new hard news directive.

At the town hall, executives also filled in staffers on Brian Williams’ return, telling them he doesn’t want his own show at the network, most likely a decision aimed at rebuilding his credibility as a reporter.

Williams is set to return in late August or early September, after his six-month suspension ends.