This year, through-the-roof social media numbers for horror films have become as common as creaking stairs and bumps in the night – and so have big box office openings.

“Insidious: Chapter 2,” which debuts nationwide Friday, is the latest scream-fest to see a pre-release social surge, and it’s a doozie. Three days prior to its debut, it has more than 2.8 million Facebook likes, and its Twitter mentions spiked from 52,581 on Monday to 61,310 Tuesday.

Rabid fans can provide “false positives” and social media heat doesn’t always translate to grosses at the multiplexes, but “Insidious 2” should be able to back up its buzz, according to BoxOffice.com editor-in-chief Phil Contrino, who sees a weekend haul north of $30 million.

It should easily top the weekend’s other wide opener, the Robert DeNiro-Michelle Pfeiffer mob comedy “The Family,” which analysts project will land in the low-teen millions. 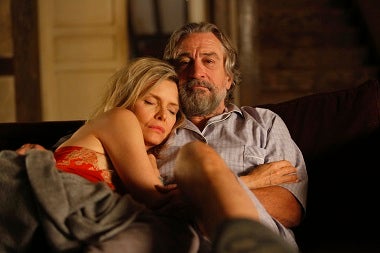 “Ever since the trailer came out in June, ‘Insidious 2’ has been very strong on Facebook and Twitter,” he said. “It was really well done and FilmDistrict’s marketing has done a good job of capitalizing on the momentum from that in the past few weeks.”

The social media numbers for the latest offering from Jason Blum‘s Blumhouse Productions are in line with the summer’s two biggest horror hits. Universal’s “The Purge” opened to $34 million in June and has taken in $86 million worldwide, and Warner Bros.’ “The Conjuring” has ridden its stunning $41 million July debut to a $260 million worldwide haul.

“Insidious 2” has more in common with “The Conjuring” than online heat. James Wan, who’s been pegged to helm next summer’s “Fast & Furious 7,” directed both films, and Patrick Wilson is the male lead in both.

Wilson and Rose Byrne reprise their roles from the original in “Insidious 2,” and Wan and writer Leigh Whannell are back for the sequel as well. The plot is a continuation of the first film – hence the “Chapter 2” designation – and has the demons targeting dad.

“Insidious” was well-reviewed, particularly for a horror film, and had a strong afterlife on DVD. Its box office numbers weren’t huge – it brought in $53 million domestically after opening to $13.3 million in April – but they were impressive, given the film’s $1.5 million production budget. The sequel’s budget is little higher than that.

Also read: How Horror Films Like ‘The Conjuring’ Win by Scaring Up Young Women (Video)

Horror films have done very well this year. Besides “The Purge” and “The Conjuring,” other No. 1 openers include “Mama,” “Evil Dead” and “Texas Chainsaw Massacre.” After “Insidious 2,” there’s one left – Sony’s remake “Carrie 2013,” which opens on Oct. 18. And online ticket broker Fandango reports that as of late Wednesday, “Insidious 2” pre-sales were ahead of all of this year’s earlier horror films at a similar point.

Just before Halloween and January-February are the standard release slots for horror films, so “Insidious 2” — like “The Purge” and “The Conjuring” – is breaking some new ground in terms of timing.

“It’s unconventional,” Contrino said, “but we’ve seen this summer you can go outside of the norm and be successful, and this seems like a really good time for ‘Insidious 2.'”

“The Family” is about a mafia boss and his family who relocate to a sleepy town in France under the witness protection program after snitching on the mob. Tommy Lee Jones plays a CIA agent trying to keep them in line, but Giovanni Manzoni (DeNiro) and his wife (Pfeiffer) and their kids revert to their old ways. Dianna Agron and John D’Leo co-star.

Relativity is distributing the $30 million co-production with Europa Corp., the French film company majority-owned by Luc Besson, who directs “The Family.”