The Boston Film Festival may have ushered in a strange new world for transmedia and mobile devices: “Walking Cinema: Murder on Beacon Hill,” an iPhone application designed for a walking tour of Boston, has been accepted as an official entrant into the festival.

“When we got the letter saying we’d been accepted, we called them back and said, ‘Do you really know what this is?’” says Michael Epstein, the director of the app and the founder of Untravel Media, which released it. 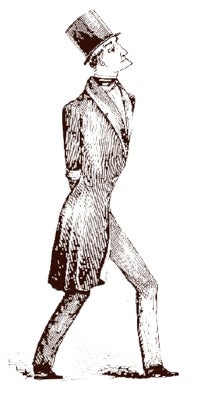 The app, which is made up of 43 minutes of video designed to be viewed at eight different locations around Boston, uses still photos, narration, original video footage and scenes from a 2003 PBS documentary to tell the story of the mysterious disappearance of wealthy Bostonian George Parkman in 1849, and the subsequent investigation of physician and Harvard instructor John Webster.

The $100,000 production, which was made under a grant from the National Endowment for the Humanities, plays as a series of short videos on the iPhone (and online, where it can be viewed in eight parts at http://www.parkmanmurder.com/).

“We really made 63 one-to-two-minute shorts, in a way,” says Epstein. “That’s how it works on your iPhone – but when you string it together, it also plays as a sit-down experience.”

“There’s something very appealing about the idea of a story whose narrative arc is also a geographic path.”

“Murder on Beacon Hill” is, as far as Untravel and the Boston Film Festival have been able to determine, the first location-based application to screen at a mainstream film festival.

“Mobile has been very undervalued,” says Epstein. “Mostly what you see film projects do is show clips – they never really think of mobile as its own genre, capable of telling a story in its own way.

“But that’s the great thing about mobile: you an move around in it. It facilities what I call mixed-reality storytelling, where part of the story takes place on your device, and part is taking place in the world around you.”

For at least the night of April 18, though, “the world around you” will be the AMC Loews Boston Common theater.