CNN+, the subscription streaming service from CNN, launched Monday in the United States on the Roku platform, the two companies have announced.

Roku users will be able to download the the CNN app through the Roku channel store which will contain both the CCN+ subscription service and access to the current “TV everywhere experience” for pay TV subscriber, the companies said in a statement on Monday. That includes live TV feeds of CNN, CNN International and HLN.

CNN+ made its debut on March 29 priced at $5.99 a month, or $59.99 for an annual subscription. The streamer features live, on-demand and interactive programming, including “Interview Club,” which invites CNN+ subscribers to submit questions to guests interviewed on CNN+. CNN+ features live daily shows, original series and library of more than 1,000 hours of programming from CNN Original Series and CNN films teams.

Users can sign up for a 7-day free trial via the Roku channel store.

Streamer CNN+ has been front and center of the discussion of the future of the Warner Bros Discovery, the new company formed in AT&T’s WarnerMedia and Discovery Inc.’s high-profile $43 million merger. The deal closed on Friday.

Discussion has swirled around whether Warner Bros, Discovery, now the parent of CNN, can benefit on the streaming landscape by marrying CNN’s news content with Warner Bros. award-winning entertainment content. However, CNN+ has been struggling on its own with reportedly low subscriber numbers for the new service. 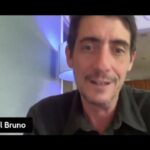 According to TechCrunch, as of April 6, CNN+ was showing “mediocre” results in terms of standalone mobile app installs. Sensor Tower has released figures (first reported by Insider) indicating that the CNN app added about 18,000 installs on the day of launch. During the seven days ending March 22, it had an average of 9,000 installs per day.