After a successful stint at the box office this spring, Sony’s “Uncharted” will be available to stream for those who missed it in theaters. The adaptation of the hit adventure video game franchise stars Tom Holland and Mark Walhberg, and the two actors will be swinging into audiences’ homes July 15 on Netflix.

Netflix announced the streaming release date with a tweet: “Nathan Drake will be swinging your way on July 15 when the action-packed film starring @TomHolland1996 @markwahlberg and @TatsBGats drops on Netflix.”

The buddy action film garnered over $50 million dollars during its Feb. 18 opening weekend. In the midst of the Omicron variant surge, “Uncharted” was released and overperformed box office predictions. The star-studded film is led by Holland’s character, Nathan Drake, accompanied by Walhberg’s Victor Sullivan. The film’s theatrical release was long-awaited, after initial conversations in 2008 to adapt a film from the popular video game, “Uncharted.” 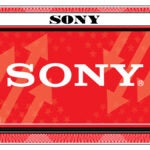 The film’s streaming home at Netflix was established in April 2021, prior to the film’s release, as part of Sony and Netflix’s 2021 deal. The Sony Pictures Entertainment (SPE) Netflix multi-year deal started in 2022, with Netflix streaming Sony’s feature films in the U.S. after their theatrical and home entertainment runs. Sony’s streaming switch-up comes after a longstanding arrangement with Lionsgate’s Starz.

Sony’s 2022 releases including “Morbius” and “Bullet Train” will also stream on Netflix, as well as earlier Sony Pictures’ “Spider-Man: Into the Spider-Verse,” “Venom,” as well as the “Jumanji” and “Bad Boys” franchises.

“Uncharted” will be available to stream on Netflix on July 15.