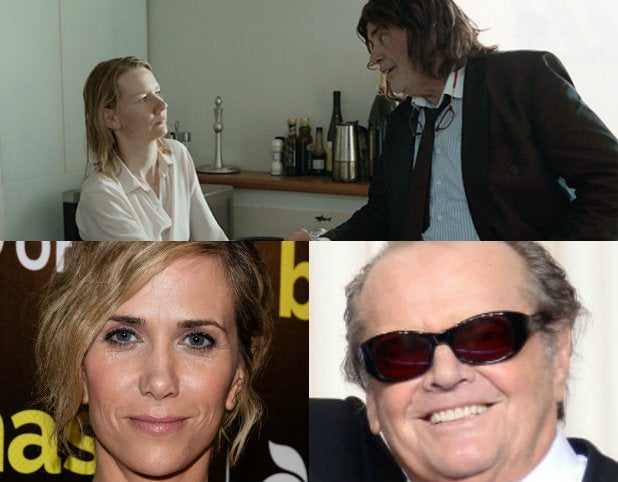 Now that the dust has settled on the announcement that dream team Jack Nicholson and Kristen Wiig will star in an English language remake of “Toni Erdmann” — we have some questions.

Maren Ade’s original German film has not even completed its campaign for Best Foreign Language Oscar, but Paramount Pictures and producers Adam McKay and Will Ferrell wasted no time in snatching up U.S. remake rights to the Cannes sensation.

The new film will pull 79-year-old Nicholson from a seven-year dry spell to play a prankster, absentee dad who publicly humiliates his joyless daughter (Wiig) and forces her to reevaluate her life’s priorities.

The original “Erdmann” goes to some dark and rewarding places — not to mention revealing ones — in pursuit of laughs and emotional truth. Here are five burning questions for all parties handling the remake:

Director Ade has rightfully earned rave reviews on top of the European Film Award for Best Director, Best Screenwriter and Best Film, as well as the National Society of Film Critics and New York Film Critics Circle awards for Best Foreign Film. Paramount, however, will be seeking a new director, one individual familiar with the project told TheWrap.

What about that runtime?

The original “Toni Erdmann” runs an eyebrow-raising 2 hours and 42 minutes. There are many theories on the perfect runtime for a movie — but we can say with confidence that the audience for an American comedy will not be sitting still for nearly three hours. The new screenwriter may lose quite a bit of the original action.

[Spoiler alert]: The film’s climactic scene comes as the defeated daughter (played in the original by Sandra Huller) gives up the pretense of her mechanical corporate life and, by default, winds up hosting her own birthday party fully nude. It’s a beautiful, awkward culmination that might not fly stateside. Wiig has previously gone full monty, though, in the indie “Welcome to Me.”

Another amazing Huller moment is when she, desperate to challenge her father (played by Peter Simonischek) and beat him at his own game, belts out the entire Whitney Houston ballad “Greatest Love of All.” And she doesn’t sound half bad.

Will this get the “Old School” treatment?

“Anchorman” director McKay proved he’s got a flare for high-brow material thanks to his Oscar-winning adapted screenplay for “The Big Short.” But it’s hard not to entertain the thought that he and Ferrell and their old pal Wiig will cook up some broad, absurdist comedy for their take on “Toni.”

The original version finds its humor in dime store gags from the father character and delights in the the deep awkwardness of the way he humiliates his child. This new pack of filmmakers play in goofier spaces, but if they stick with the “Toni” DNA who knows — they could be laughing all the way to future awards glory.