Reflecting on his experience shooting Dan Gilroy’s 2014 neo-noir psychological thriller “Nightcrawler,” Jake Gyllenhaal admitted the experience was “hard to shake” given his devotion to the character of con man Louis Bloom.

A third installment into the (very unofficial) cinematic universe comprising unnerving movies led by Gyllenhaal — next to “Donnie Darko” and “Zodiac” — “Nightcrawler” follows Bloom, a troubled freelance video journalist who soon erases the line between impartial reporter and participant in his attempts to be the first to get the scoop on Los Angeles’ criminal underworld.

“There was sort of no escaping Louis Bloom in a lot of ways,” Gyllenhaal told Vanity Fair in a recent video interview breaking down his career. “I’d been searching for techniques. I spent a lot of time in the process of making films looking for how to act and how to do it and if there was one way.” 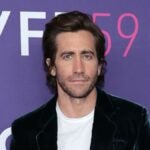 While the “Ambulance” star did not explicitly mention method acting — a technique that has recently garnered hubbub thanks to the likes of Lady Gaga and Jared Leto — he described “totally immers[ing]” himself in the role.

Gyllenhaal added that he wanted to commit to the character and the story as a result of Gilroy’s script, which received a Best Original Screenplay nomination. “When you have someone who has written something that’s so good, you’ll give everything to it ‘cause it’s so rare to find. And so I was just deeply devoted to that character and that story, and yeah, the side effects of it, it takes a bit of time to shake it off.”

However, he concluded, “In the end, it’s just acting.”

Watch the full interview below: