Jake Schreier is set to direct top secret project “Thunderbolts” for Marvel Studios, according to an individual with knowledge of the project.

Eric Pearson is writing the script. Kevin Feige is producing.

The “Thunderbolts” center on a team of reformed supervillains. According to an insider with knowledge of the project, TheWrap has learned that Florence Pugh’s Yelena Bulova might return to star. 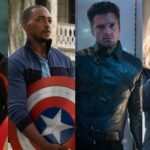 Other villains who might return include Baron Zemo, Ghost, Taskmaster, The Abomination, US Agent and the Winter Soldier.

The seeds for the Thunderbolts were planted in the recent “Falcon and the Winter Soldier” series, which saw Sam Wilson rise up as the new Captain America while John Walker fell from the title he briefly held while being renamed the U.S. Agent. We suspected Marvel had bigger plans for Wyatt Russell’s ex-Cap. He appears to be at the mercy of Valentina Allegra de Fontaine (Julia Louis-Dreyfus), who herself is being set up to be a key player during this new phase of the MCU. It sure sounds like Walker is going to be asked to lead some kind of team — de Fonatine is kind of like a bizarro-world version of Nick Fury.

Schreier, who broke out in 2013 at Sundance with his film “Robot and Frank,” also directed music videos for Kanye West and Kendrick Lamar. He also recently wrapped production on “Beef,” a series for A24 and Netflix.

Schreier is repped by CAA and Grandview.