Last summer, nearly 20 million viewers tuned into the first primetime hearing of the House Select Committee’s investigation into the Jan. 6 attack on the Capitol. What they saw was unlike any televised congressional hearing they’d ever seen: a tightly organized, rigorously structured presentation that wove recorded testimony, previously unseen footage of the attack, and other news clips into the live proceedings.

On the days that followed, the hearings continued in this form, taking the shape of a serialized narrative. There were shocking twists (former Trump aide Cassidy Hutchinson testified that her boss knew the mob was armed) and even cliffhangers enticing viewers to stay tuned for the next day’s development.

This was a far cry from the unwieldy, meandering (and usually quite stale) style of most congressional hearings. And it’s all thanks to former ABC News head James Goldston. The House committee brought him on as an adviser to help wrestle a towering amount of material into a clear, digestible format that would cut through the daily cacophony. “We live in an era where, no matter how important the subject, it’s competing for attention,” Goldston told TheWrap. “People are distracted, people have got a lot going on. And so the hope was, by bringing these new techniques to this format, that we could engage people in a way that perhaps they wouldn’t otherwise have been.” 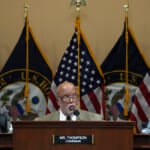 Goldston and his team certainly accomplished that: The second primetime hearing attracted 17.7 million viewers (on par with the average audience for “Sunday Night Football”) and the six daytime broadcasts nabbed 11.2 million (which is about the average viewership for last TV season’s top-rated network series, “NCIS”). And that’s not even including viewership on C-SPAN, PBS or online.

“The number of people watching live and the number of people engaging with the material on social media and online was quite extraordinary,” Goldston said. “I’m a great believer in the power of narrative and the power of storytelling. And that isn’t to manipulate the facts or change the facts in any way. But presentation is really important. How you tell the story is really important.”

Now that this particular story has been told in such a compelling way, can we expect future congressional hearings to follow suit? “There’s obviously a possibility that they go back to the old ways, but I think having explored it in this way, I feel pretty sure that a lot of these lessons are going to be taken up going forward,” Goldston said. “Storytelling itself can be an incredible tool in mass engagement around the world.”

Whatever lasting changes might come as a result of the Jan. 6 hearings, participating in their presentation to the world holds special meaning for Goldston, a British native who became a U.S. citizen in 2017. “I felt it was my civic duty as a relatively new American to do what I could in taking this on,” he said. “It’s been a very rewarding experience.” 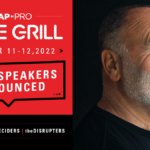