What would it have sounded like if Vecna was in Titanic, asking Leonardo DiCaprio to draw him like one of Jack’s French girls? Well, odds are, you’ve never actually wondered that. But Jamie Campbell Bower has an answer for you anyway.

Appearing on “The Tonight Show” on Monday night, Bower was asked by host Jimmy Fallon how the now familiar – and terrifying – voice of Vecna came to be. According to the actor, “it took a few months to get right,” because originally, it was “more like Freddy Krueger.” But that wasn’t quite landing, so eventually he worked out something much deeper.

Naturally, Fallon wanted a demonstration of the villainous voice, and Bower was all to happy to oblige. And this being “The Tonight Show,” he didn’t simply read some of Vecna’s lines on air. Instead, he read famous movie lines, catchphrases and even some Lizzo lyrics. 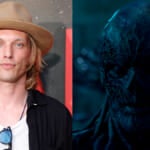 To start – after apologizing in advance to the audience for how weird things were about to get – Bower read Julia Roberts’s famous “Notting Hill” line: “I’m just a girl, standing in front of a boy, asking him to love her.”

After that came the Cocoa Puffs catchphrase and Rose’s request to Jack in “Titanic” to “draw me like one of your French girls.” Both had Bower and Fallon cracking up. The next one wasn’t a movie line or anything, just some kind words.

“This is a daily affirmation for Vecna, OK?” Bower joked. “I am smart. I am beautiful. I am kind.”

To wrap things up, Bower went all in – on some Lizzo lyrics. Giving a little nod to his “Stranger Things” co-star Joe Quinn’s now famous line, Bower prefaced the lyrics with, “This one’s for you, Jimmy,” before absolutely committing to the lyrics of “About Damn Time.”

You can watch all the goofy glory of Bower singing those words as Vecna in the video above. 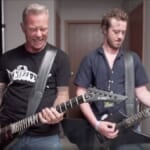