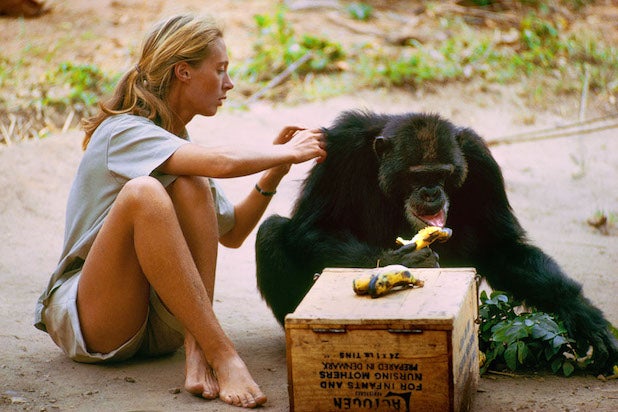 Brett Morgen’s Jane Goodall documentary “Jane” was named the best nonfiction film of 2017 at the second annual Critics’ Choice Documentary Awards, which were held on Thursday evening at BRIC in Brooklyn, New York.

Ten different films were given awards by the Broadcast Film Critics Association and Broadcast Television Journalists Association, with no film receiving more than one honor.

The Best Director category was a tie between Evgeny Afineevsky for “Cries From Syria” and Frederick Wiseman for “Ex Libris: The New York Public Library.”

Ceyda Torun’s film about cats in Istanbul, “Kedi,” was named Best First Documentary, while the Most Innovative Documentary category resulted in another tie, this one between “Dawson City: Frozen in Time” and “Last Men in Aleppo.”

The awards for the best political, sports and music documentaries went to “Abacus: Small Enough to Jail,” “Icarus” and “Clive Davis: The Soundtrack of Our Lives,” respectively.

The song “Jump” from the documentary “Step” won the award for the best song from a nonfiction film.

Because of the blurred lines between film and television documentaries, Critics’ Choice organizers made a last-minute decision to combine the nominees from both media in most categories. Two categories for television series remained, with Ken Burns’ “The Vietnam War” winning for Best Documentary Series and the long-running “American Masters” winning for Best Ongoing Documentary Series.

Every Errol Morris Documentary Ranked, From 'Gates of Heaven' to 'My Psychedelic Love Story' (Photos)

The master of absurd and idiosyncratic documentaries, Errol Morris said of his first film that, “to love the absurdity of people is not to ridicule them but to embrace on some level how desperate life is for each and every one of us.” All 13 of his feature documentaries ranked here, including his latest "My Psychedelic Love Story" that premiered at AFI Fest and is on Showtime on November 29, are challenging and hilarious films that have shaped fiction and non-fiction movies alike.