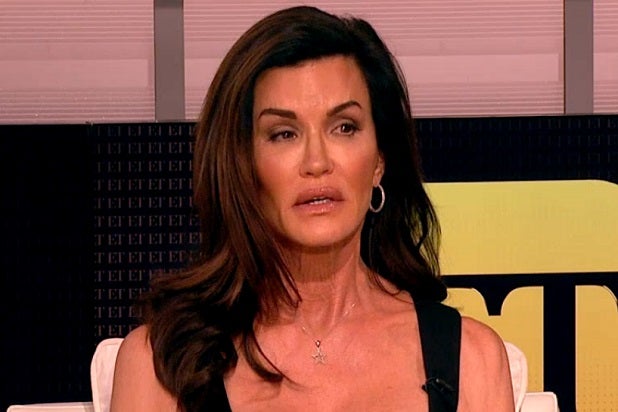 Add another name to the list of women who claim they’ve been sexually assaulted by Bill Cosby, and this one is very familiar.

Janice Dickinson, former “America’s Next Top Model” judge, has come forward to claim that the comedian, who’s recently been besieged by rape allegations, sexually assaulted her.

Dickinson appeared on Entertainment Tonight on Tuesday to make her claim of sexual assault, which she says took place in 1982.

As the now 59-year-old reality star tells it, she was on a trip in Bali when Cosby contacted her and urged her to come to Lake Tahoe, where he was performing. According to Dickinson, the comedian then dangled the prospect of work in front to her.

According to the former model and television personality, Cosby gave her wine and a pill, which caused her to pass out. However, Dickinson claims that she has a recollection of being sexually assaulted by Cosby.

Dickinson told ET that she had attempted to recount the alleged sexual assault in her 2002 autobiography, but was pressured by Cosby and his attorneys not to include the details after she submitted a draft to publisher HarperCollins.

A spokesperson for Cosby did not immediately respond to TheWrap’s request for comment.

As TheWrap previously reported, Cosby has been at the end of several rape accusations, many from women who are coming forward now to say the comedian drugged and sexually assaulted them.

Cosby was asked about these allegations in a recent interview with NPR but refused to answer any questions about the charges. Cosby’s attorney addressed the previous charges on Sunday, saying “The fact that they are being repeated does not make them true. Mr. Cosby does not intend to dignify these allegations with any comment.